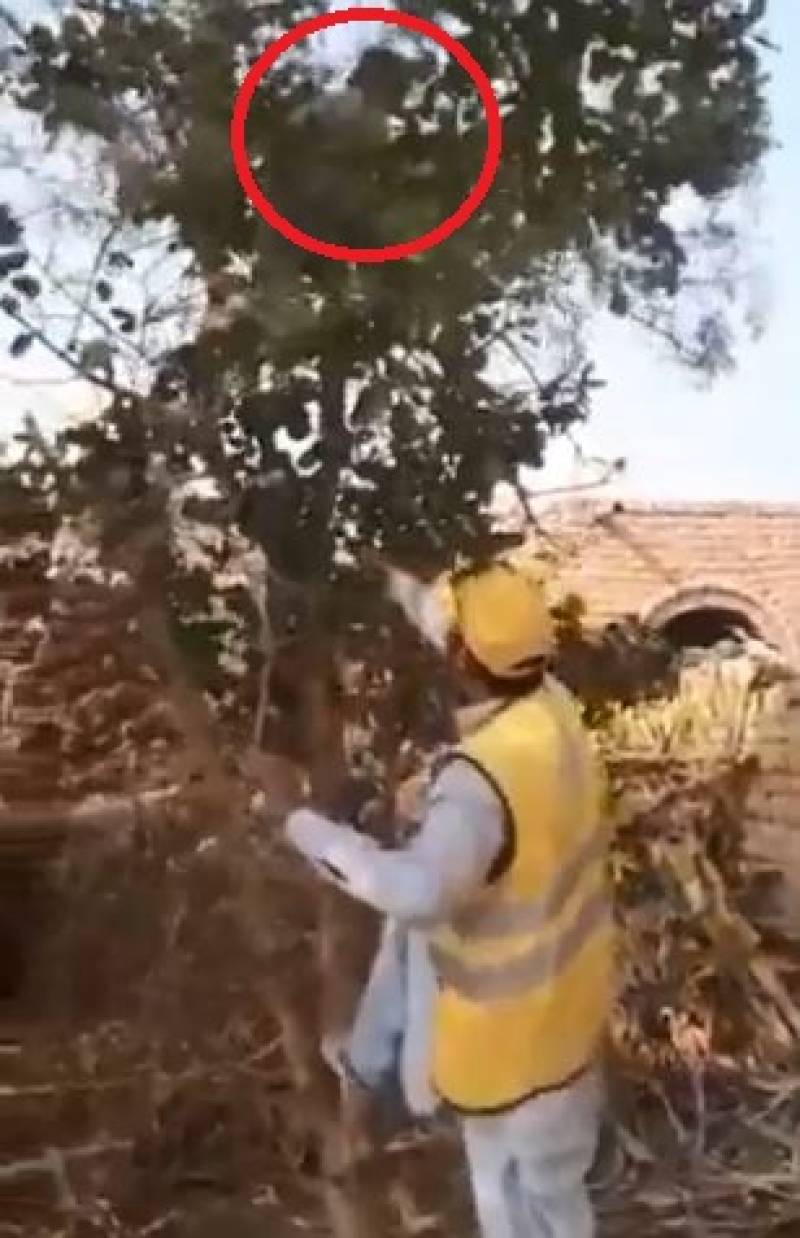 VEHARI – A young boy climbed up a tree in a hilarious incident to avoid a jab being administrated by the government against measles and rubella in an area of Burewala.

A video of the incident, which has gone viral on social media, shows the boy aged between 9-10 is sitting on a tree while the officials of the health department and his family members trying to persuade him to receive the vaccination.

A report said that the boy later climbed down after his parents managed to convince him that the vaccine shots are being administered for the safety of children.

The government launched the countrywide anti-measles and anti-rubella campaign on November 15 to immunise children. It will continue until the 27th.

Around 386,000 health workers have been employed for the two-week campaign across the country.

Last year, Pakistan reported over 664 cases and four deaths by measles. The number of cases has surged to 2,400 while 38 have lost their lives due to the disease during this year.

Medical experts said that booster shots are being administered to children in order to secure them from the disease.

While talking about rubella, a WHO official said that the disease is also known as German measles that is more dangerous for girls than boys.

Rubella can cause a miscarriage or serious birth defects in a developing baby if a woman gets infected while she is pregnant.