Earthquakes - through science and religion 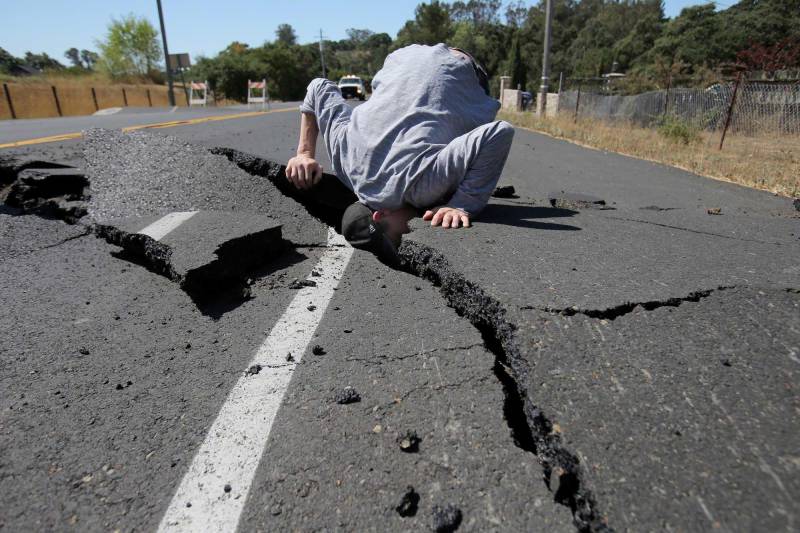 LAHORE (Staff Report) - An earthquake is ground shaking caused by a sudden movement of rock in the earth’s crust. Such movements occur along faults, which are thin zones of crushed rock separating blocks of crust.

When one block suddenly slips and moves relative to the other along a fault, the energy released creates vibrations called seismic waves that radiate up through the crust to the earth’s surface, causing the ground to shake.

Earthquakes may last only a few seconds or may continue for up to several minutes. They can occur at any time of the day or night and at any time of the year. They are caused by stress that builds up over time as blocks of crust attempt to move but are held in place by friction along a fault. (The earth’s crust is divided into large plates that continually move over, under, alongside or apart from one another atop the partly molten outer layer of the earth’s core)

When the pressure to move becomes stronger than the friction holding them together, adjoining blocks of crust can suddenly slip, rupturing the fault and creating an earthquake. 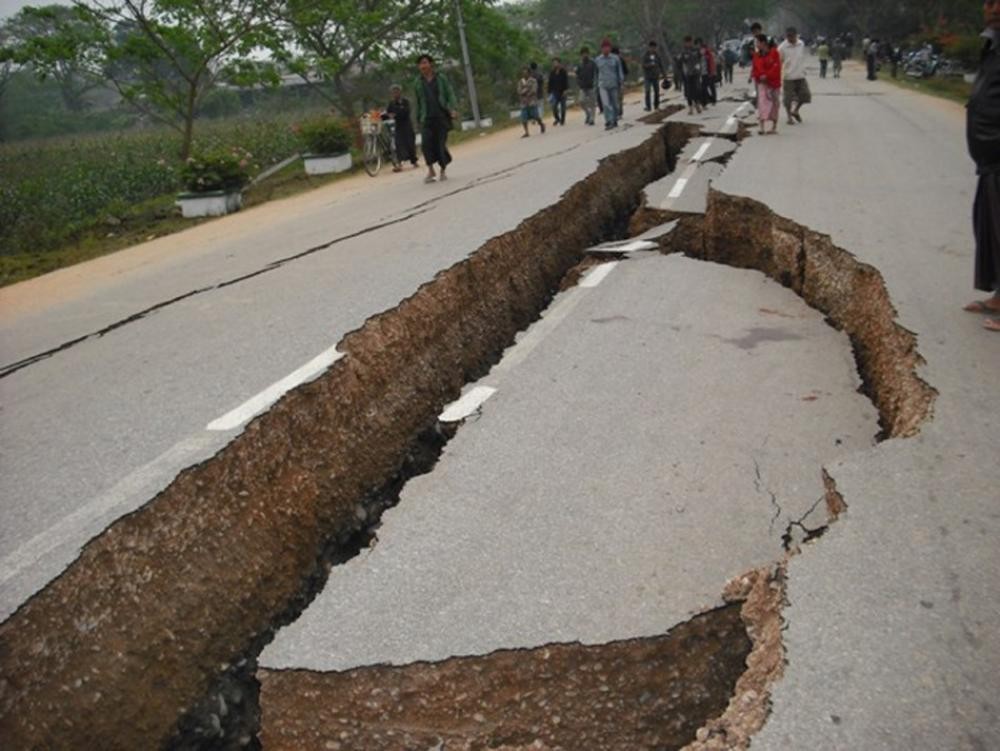 According to Islamic scholars, earthquakes are one of the great signs of Allah in this universe, with which He tests His slaves as a reminder or to instill fear of Him or as a punishment.

“…And beg Allah to forgive you all, O believers, that you may be successful.”

A WAKE UP CALL: “And if the people of the towns had believed and had the Taqwaa (piety), certainly, We should have opened for them blessings from the heaven and the earth, but they belied (the Messengers). So We took them (with punishment) for what they used to earn (polytheism and crimes).” [al-A’raaf 7:96]

CHARITY: It is also mustahabb (recommended, encouraged) to show compassion to the poor and needy, and to give charity to them, because the Prophet (PBUH) said: “Show mercy, you will be shown mercy.” (Narrated by Imaam Ahmad, 2/165)

FEAR ALLAH: “And whosoever fears Allah and keeps his duty to Him, He will make a way for him to get out (from every difficulty). And He will provide him from (sources) he never could imagine. And whosoever puts his trust in Allah, then He will suffice him.” [al-Talaaq 65:2-3] 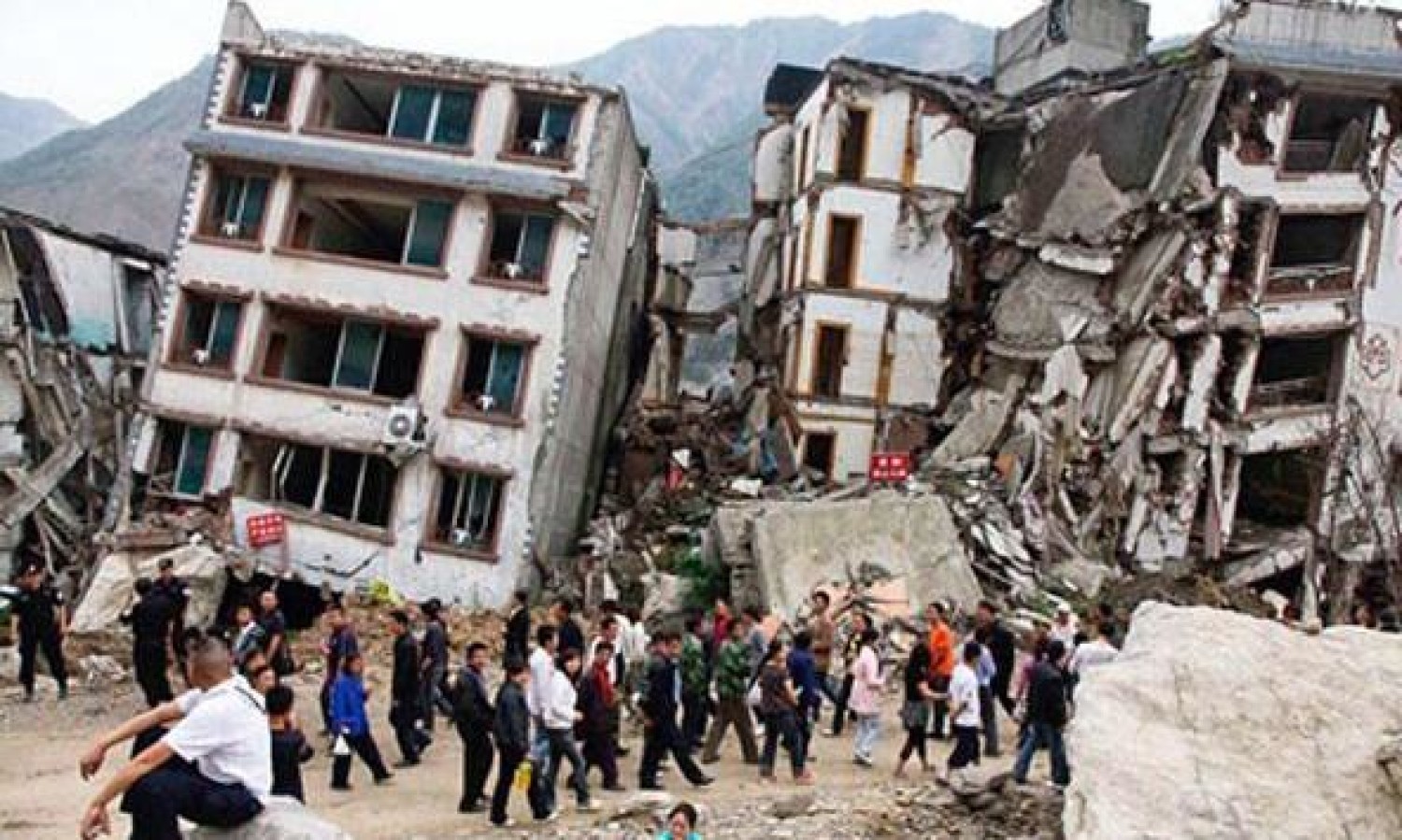 How Do Earthquakes Affect People?

Although thousands of earthquakes occur in the world each year, most are too small to affect us. Earthquakes of larger magnitude, however, which release more energy during fault ruptures, can be hazardous, exposing us to the risk of harm or loss.

The stronger ground shaking generated in such events is unlikely to affect people directly (other than by startling or frightening them). It is what these ground motions can do to the natural and man-made environments around us that can significantly affect us by endangering our lives, property and livelihoods. 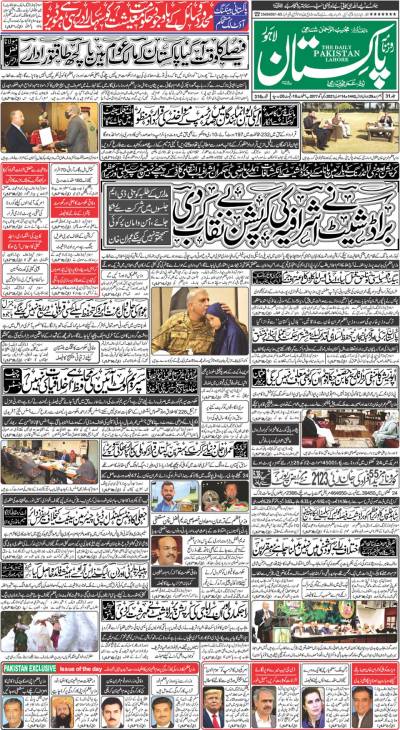