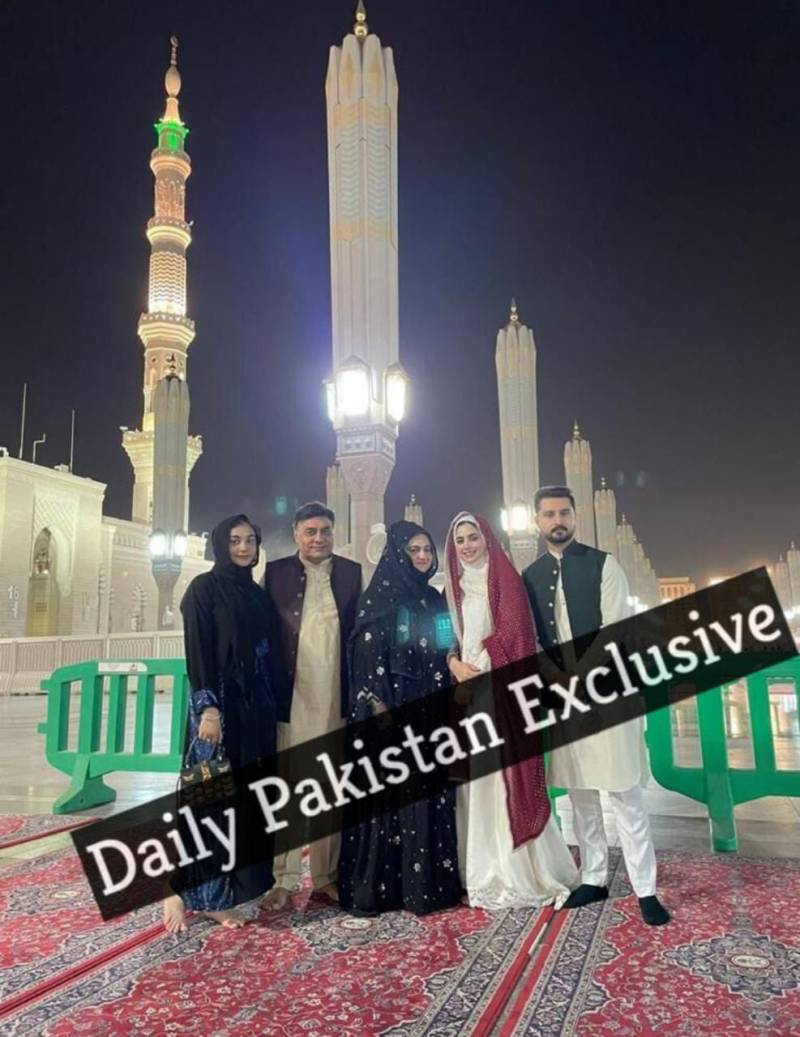 The First Lady's daughter got married to Sheikh, the son of a Pakistan-based businessman, on 12th Rabi-ul-Awal in the holy city of Madinah.

Daily Pakistan exclusively obtained the first picture from the event which shows the newlyweds posing for the camera. The Nikkah of Masha Manika was solemnized at Masjid Nabwi. Dressed in a white ethereal ensemble, the blushing bride can be spotted alongside the groom and family.

The intimate ceremony was attended by family members and friends while the couple also performed Umrah after the marriage.

However, the reception and other events will be held in the second week of November in the Punjab capital.