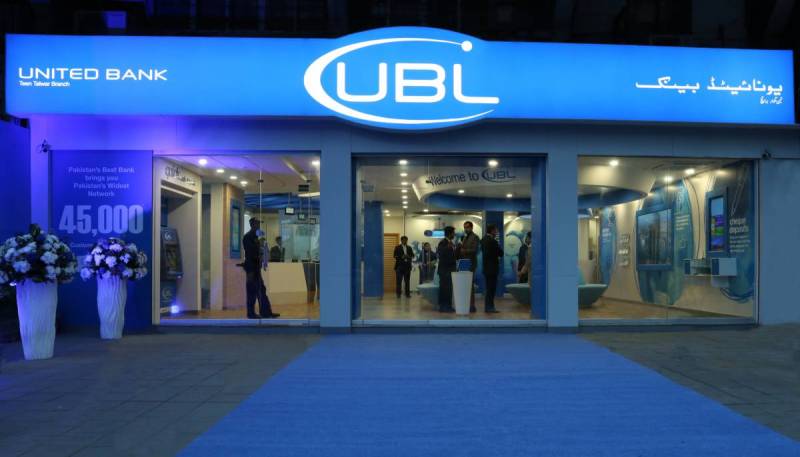 UBL is a firm believer that focusing on building human capital, investment in IT systems while creating operational efficiencies is key to sustainable earnings. But equally important is employee recognition, we believe the success this year has been the result of a highly passionate work force. Our teams have served with a clear sense of purpose with all efforts directed towards greater organizational aspirations.

UBL remains one of the key financial institutions in the country serving over 10 million customers, with a network of 1,344 branches within Pakistan, 1,436 ATMs, over 35,000 Omni agents, well supported by the bank’s award-winning digital banking services. The Branch Banking Group delivered a record performance in 2021, with strong growth in average domestic deposits of over 21% as the bank continues to expand its customer base across key geographies. Domestic deposits averaged Rs. 1.5 trillion in 9M’21, with the domestic CASA to total deposits ratio at 85.5% for 9M’21. This aggressive deposit mobilization enabled the UBL to expand its average market share to 8.4% in 9M’21 (9M’20: 8.1%).

UBL is also actively participating in all major economic programs launched by the Government of Pakistan and the State Bank of Pakistan. Building on its market leading position in the home remittances space, the bank is at the forefront of the Roshan Digital Account initiative. UBL is proud to be one of the top banks participating in RDA with over 48,000 accounts opened to date, with inflows of USD 257 million.

UBL sees Islamic banking as an emergent and growing opportunity and is aggressively focusing on expanding within this key space The Islamic branch network consists of 114 branches as well as 201 Islamic Banking Windows. Islamic banking deposits grew to Rs. 127 billion at Sep’21, an increase of 14% since Dec’20. Islamic asset acquisition remains a key priority for UBL. The loan book for this segment averaged Rs. 34 billion in 9M’21, growing by over 71% year on year.

The country is strongly re-emerging from the pandemic, with economic activity rebounding to pre-COVID levels. This enabled the bank to record a year on year growth of 31% in domestic fees and commission revenues, with strong contribution from all major segments.  A strong momentum was witnessed in the bancassurance space with commission income up 56%.  There was also a sharp improvement in fee income from consumer finance, with an increase of 29%. Fee income from debit and credit cards was recorded at Rs. 1.8 billion for 9M’21, growing by a strong 71%.  Corporate Banking earned investment banking fees of Rs. 456 million in 9M’21 as against Rs. 139 million in 9M’20, driven by mandates for debt arrangement as well as other advisory services. Commission income from cash management was recorded at Rs. 711 million for 9M’21, growing by 20% year on year as throughput volumes witnessed a significant increase with integration to the bank’s digital corporate portal, reaching a much wider client base. The bank remains the preferred partner to the overseas Pakistani diaspora who continue to put their trust in UBL, as we maintained our leading market share of over 20% in home remittances space.  Non-markup income was further augmented by the timely realization of market gains on the bank’s fixed income sovereign bonds holdings, resulting in capital gains of Rs. 3.3 billion in 9M’21.

Bank level performing advances averaged Rs. 542 billion for 9M’21, declining by 7% year on year. The bank remains focused on building its loan book as the economy transitions out of the pandemic. The consumer book averaged Rs. 19 billion for 9M’21, growing by 11% year on year, driven by the healthy momentum within the secured autos segment. The bank has further strengthened its credit standards, enhanced its risk management capabilities as well as stepped up its recovery efforts within both domestic and international businesses, which has resulted in net provision reversals of Rs. 415 million for 9M’21.

The economic environment within the GCC has started to pick up momentum as the pandemic gradually recedes and is also supported by a sharp rise in oil prices. Within International, UBL is looking to build a sustainable business model driven mainly by a strong base of low cost deposits. On the asset side, lending remains selective, confined to existing quality relationships, with rigorous oversight to contain any new NPL formation. After going through a challenging period of de-risking and optimizing the business model, the bank’s International business has entered a period of stability, recording a PBT of USD 30.1 million in 9M’21.

Digital Banking - Best in its class with growing penetration

UBL being one of the largest financial institutions in Pakistan prides itself in being an industry leader that is driving the digital revolution in the country. We continue to be well recognized as the bank was declared the ‘Best Digital Bank’ in Pakistan for the second consecutive year by Asiamoney.  The award recognizes UBL’s leading role as one of the most progressive and innovative banks in the country. UBL was also declared the 'Best Digital Bank' at the 2020 Pakistan Banking Awards.

We have also recently introduced the UBL Digital Islamic Account and launched wealth management services on the mobile app. The bank is well on target to cross 2 million digital customers this year, with the number of digital transactions increasing by over 90% year on year.

Commenting on the results, Mr. Shazad G. Dada, President & CEO of UBL said, “I am very proud of our deposit growth, which has been the highest in the last 5 years, at over 21% and our aspiration is to continue to take this take this to new highs in years to come. Our focused attention towards NFI has borne fruit and our International operations are making a healthy contribution to our overall profitability. Credit quality remains strong with sound risk management as we gain ground with larger trade volumes.  We will continue to live up to our position as Pakistan’s leading Digital Bank and deliver the highest standards of service to our rapidly growing customer base.  We are making investments in our branch network, technology infrastructure and on our people, as we aim to become the best service bank in the industry. As a team, we are excited about our future prospects, with a number of key strategic initiatives underway.”