ISLAMABAD – Pakistan's Hindu community has called upon the international community to press India to provide justice in the tragic killing of 11 Pakistani Hindus in Jodhpur, India last month.

Representatives of Pakistani Hindu community condemned the tragic incident demanding Indian government to initiate a free and transparent investigation into the incident, the Radio Pakistan reported on Saturday.

PTI's Member of National Assembly Jai Parkash said the way Indian government is ignoring the incident implies that Indian secret agencies are involved in it. He said the United Nations and international community should pressurize the Indian government to determine the cause of these mysterious killings. 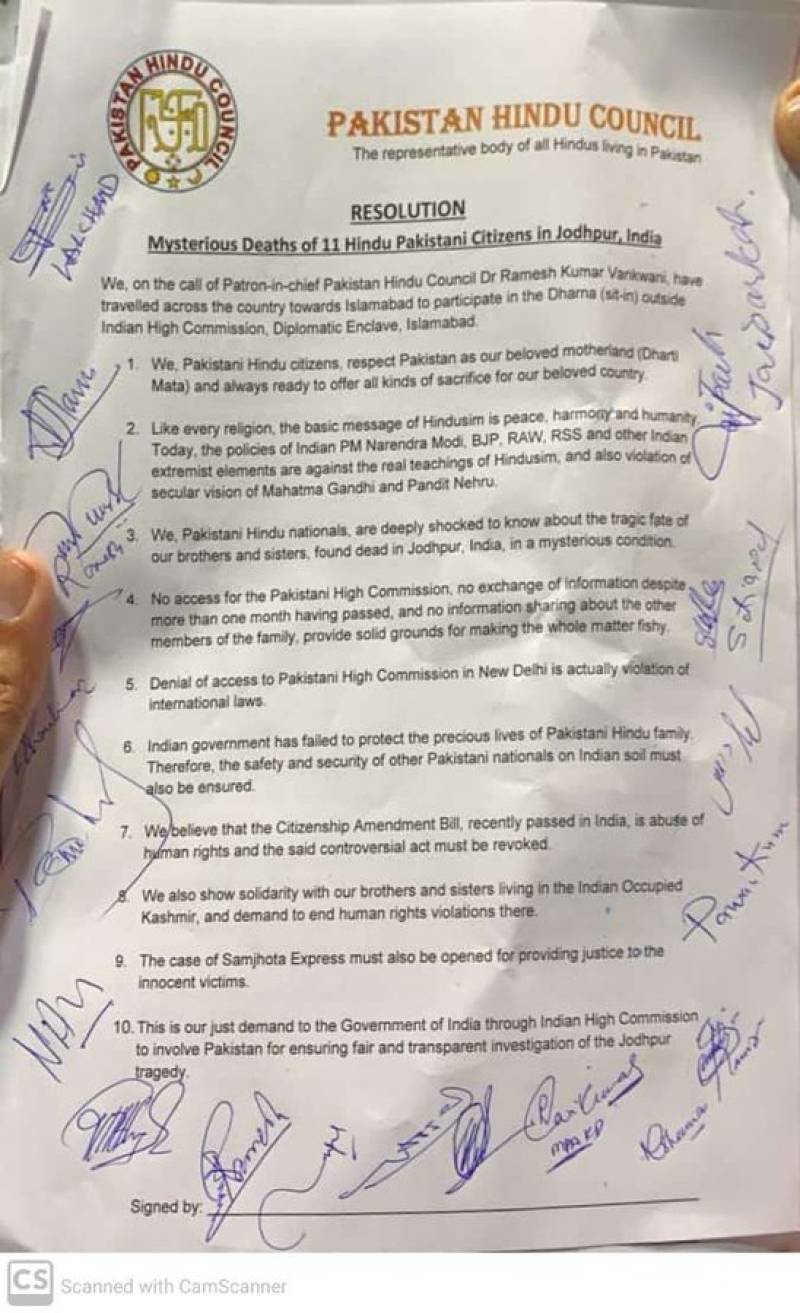 Pakistan Peoples Party's MNA Ramesh Lal strongly condemned the incident. He said it is not just a matter of one religion but it is against humanity.

Senator Keshoo Bai in her remarks termed Indian Prime Minister Modi as the avatar of "Ravan".

Criticizing the Indian government's inaction after the tragic incident, she urged the international community to play its role in finding out the truth.

Member Sindh Assembly Mangla Sharma said the international community should take notice of the Jodhpur incident. She said there are many sacred places in India which are visited by Pakistanis Hindus but this incident has scared them.

She said India should share progress in investigations with Pakistani authorities so that reservations of Pakistani Hindu community can be addressed.

Earlier, Pakistan Hindu Council led by its Patron in Chief Ramesh Kumar staged a sit-in in front of the Indian High Commission in Islamabad to protest the killing of eleven Pakistani Hindus in Jodhpur, India.