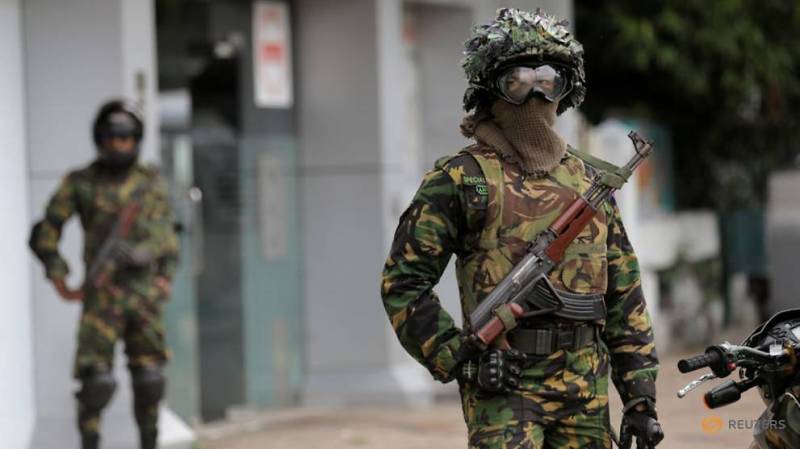 COLOMBO - Sri Lanka’s troops have discovered bodies of 15 people, including six children, at the site of a fierce overnight gun battle at a suspected militant safehouse in the eastern city of Sainthamaruthu, located in the Kalmunai area, six days after Easter suicide bombings killed at least 250 people.

On Friday, three explosions occurred in the area, prompting the authorities to introduce curfew there. Moreover, a shootout took place in the area during a raid.

According to details, the shootout between forces and suspected militants erupted on Friday evening in Sainthamaruthu in Ampara, to the south of the town of Batticaloa, site of one of the Easter Sunday blasts at three churches and four luxury hotels.

Moreover, the police found one woman and a minor child, both injured in the incident on Friday, who were subsequently hospitalized.

According to media reports, army troops had found printed materials and flags of the Islamic State terror group (IS), which claimed its responsibility for the deadly Easter Sunday attacks, at a place which is believed to be the organization's site for oath-taking.

Additionally, the security forces had reportedly recovered explosives, detonators, IS flags and other equipment at a purported safe house in the Samanthurai area.

The government has said nine local, well-educated suicide bombers carried out the Easter Sunday attacks, adding that eight, including a woman, had been identified.