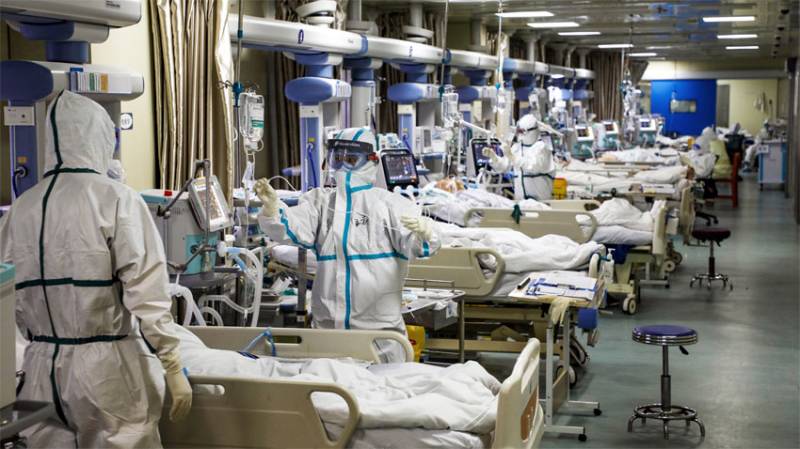 NEW YORK – The worldwide death toll from coronavirus pandemic has risen above 207,000 while more than three million people have been infected worldwide, well over half of them in Europe, according to a tally based on official data.

According to latest data, 884,582 patients have recovered from the pandemic so far.

In United States, death toll from the pandemic now stands at 55,415 with over 987,322 infections from the virus.

The daily toll in Western countries appeared to be levelling off and even falling in hard-hit countries, with numbers out of Italy, Spain and France stabilising in recent days.

LAHORE – The number of coronavirus cases in Pakistan rose to a total of 70,868, according to government data till ...

Spanish children were allowed outside on Sunday for the first time in six weeks. Under the revised rules, children are allowed out once per day between 9am and 9pm, but cannot venture more than one kilometre from their homes.

Italy said Sunday schools would reopen in September, while many businesses could resume work next week, and France was expected to unveil details of its de-confinement plan on Tuesday.

Belgium said schools and businesses would reopen from mid-May, while shops in Germany started to reopen earlier this week.

Rejecting the advice of top disease experts, the US state of Georgia allowed thousands of businesses to resume operations, from hairdressers to bowling alleys.

Meanwhile, the World Health Organization (WHO) warned that people who survive infection cannot be certain they will not be hit again by the respiratory disease, which first emerged in China late last year.

“There is currently no evidence that people who have recovered from #COVID19 and have antibodies are protected from a second infection,” the UN health body said in a statement.

GENEVA – The World Health Organization (WHO) has warned that there is no evidence that people who test positive ...