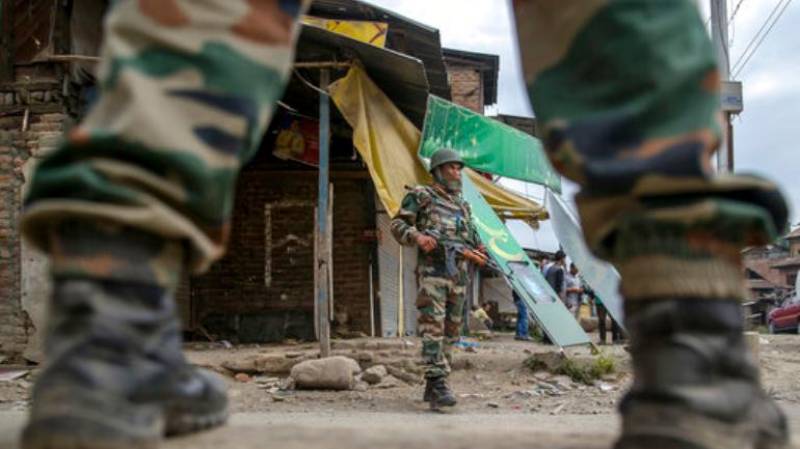 According to Kashmir Media Service, the youth were killed by the troops during a cordon and search operation at Lower Munda in Qazingund area of the district.

Lower Munda area is in south Kashmir's Kulgam and is considered a gateway of the Kashmir Valley. It is close to the Jammu-Srinagar national highway.

On Sunday, the troops martyred four youth at Asthal in Kulgam district. The latest killings have raised the number of deaths to 16 since Wednesday.

Earlier, Indian troops martyred three Kashmiri youth in Awantipora area of Pulwama district on Saturday, two youth at Arwani in Islamabad district on Thursday and four others in Melhora area of Shopian district on Wednesday.