Milkmen take it to streets against PFA in Lahore 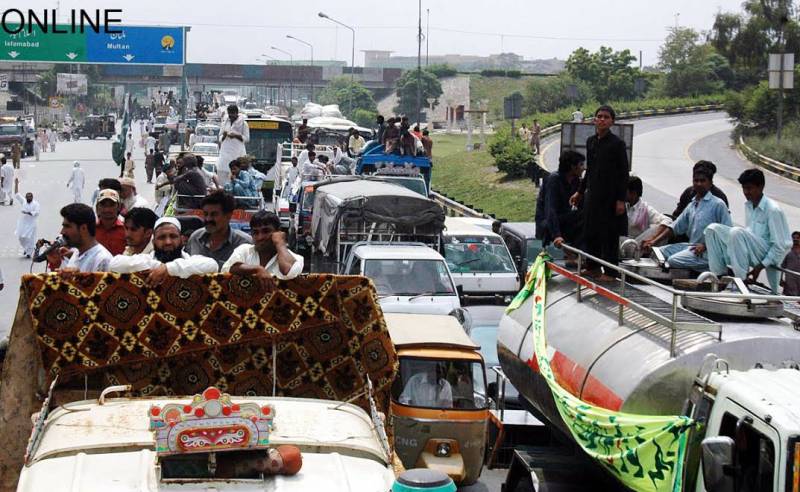 Their protest resulted in choking of several main connecting arteries of the city.

The milkmen tried to march towards the city but were forcibly stopped by the police.

They also chanted slogans against the PFA.

They are demanding an immediate halt to the PFA’s ongoing operation against milkmen supplying fresh and loose milk to the city. 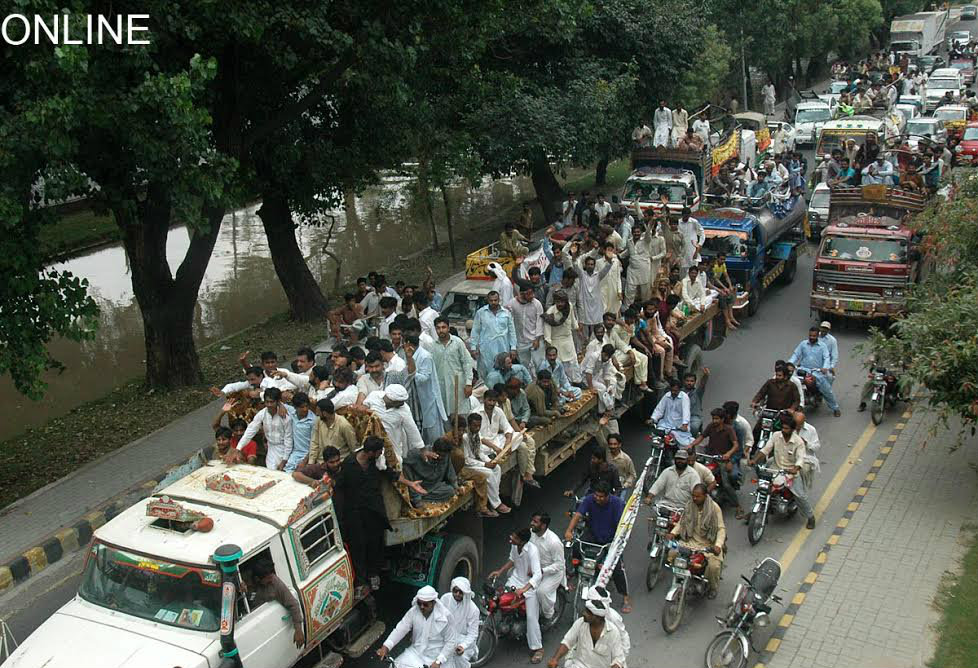 They also brought milk on cycles, motorcycles and vans, and parked them on the road.

They accused the PFA of launching a biased operation against loose milk sellers and producers, saying the authority was targeting them according to certain objectives.

"PFA is forcing poor milkmen to do unnecessary testing of milk on their own, which is unacceptable," one of the milkmen said.

The milkmen demanded of the government to immediately take up this issue, otherwise milk supply to Lahore will be suspended.