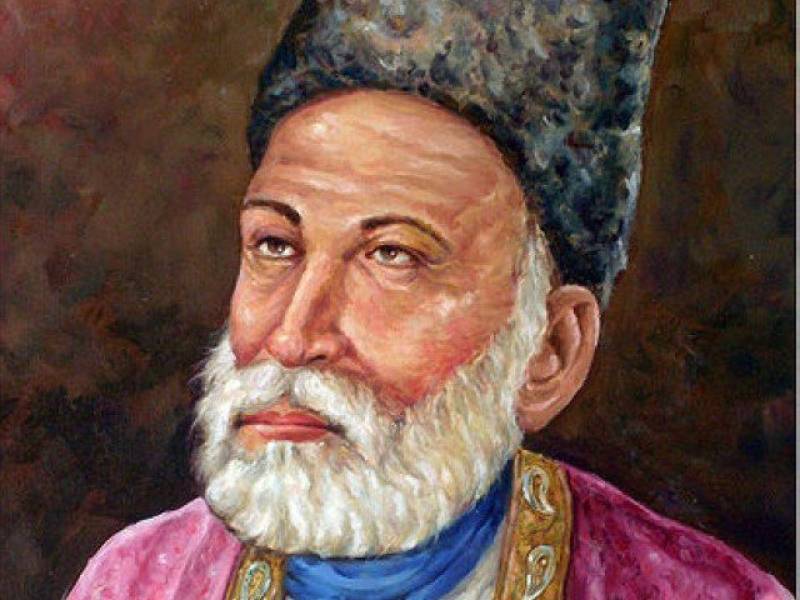 LAHORE (Staff Report) - Mirza Asadullah Khan Ghalib, who is often dubbed as the greatest Urdu poet of Sub-continent, is being remembered on his 218th birth anniversary today (Sunday).

Ghalib was born on December 27, 1797 in Agra, which is now part of India, while he died on February 15, 1869 in Delhi. His Delhi house is now called as Ghalib ki Haveli and hosts permanent Ghalib exhibition.

He descended from the family of Aibak Turks who originally hailed from central Asian countries and started poetry at a very early age of 11.

Later on, in his lifetime Ghalib witnessed the downfall of Mughal dynasty in India and arrival of the Britishers. His ghazals and letters also carried a history of events of those times.

Mirza Asadullah was depicted in famous Bollywood movie "Ghalib" while his ghazals have been sung by legendary singers like Mehdi Hassan, Fareeda Khanum, Abida Perveen, Tina Sani and many others.

Ghalib's was laid to rest in Nizamuddin area near mausoleum of renowned saint Nizamuddin Auliya.