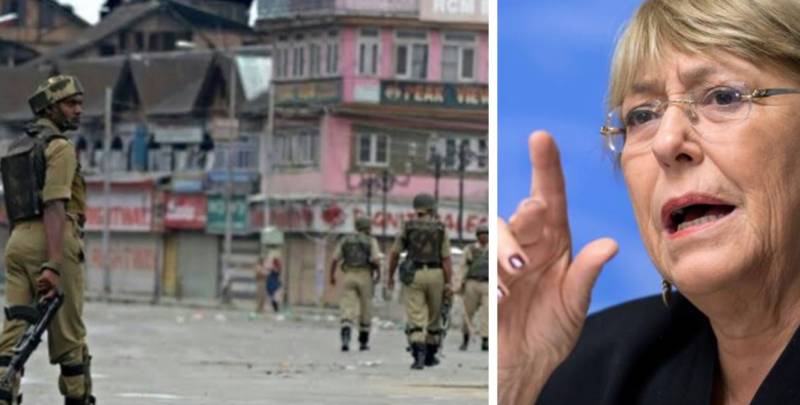 Bachelet updated the 46th session of the UN Human Rights Council (UNHRC) in Geneva on Human Rights issues in more than 50 countries.

The 69-year-old Chilean politician said the UNHRC is continuing to monitor the situation in IIOJK where limitations on communications, and crack down on civil society activists, remain of concern. She said that despite the recent restoration of 4G access for mobile phones, the communications blockade has seriously hampered civic participation, as well as business, livelihoods, education, and access to healthcare and medical information.

BERLIN – India has suffered another humiliation over its poor human rights record in the illegally occupied Jammu ...

She also expressed concern over the action taken by Indian authorities covering the protests and efforts to restrain freedom of expression on social media.

Expressing displeasure over the grave situation in the 'caged' valley, she added that raids against human rights defenders in October and November exemplify the continued restrictions on civil society, and the resulting impact on the rights of the people of Kashmir to impart and receive information, and to engage in free, open debate on Government policies affecting them.

She also highlighted the continued protests by hundreds of thousands of farmers in India.