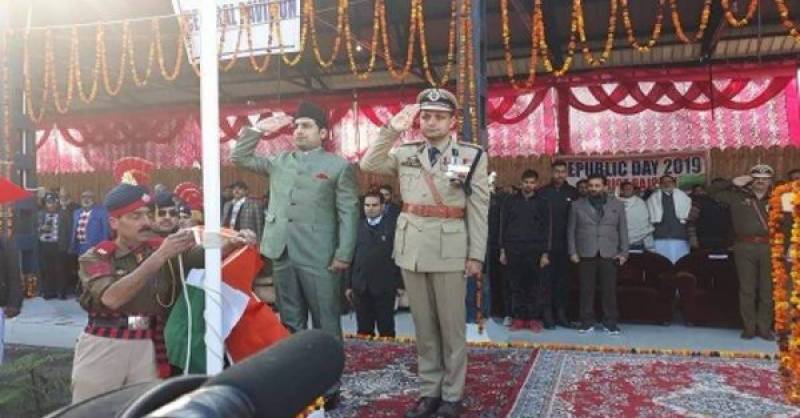 ISLAMABAD – In yet another incident of embarrassment to the Indian authorities, the country’ national flag fell off the post as it was hoisted at the main Republic Day function in Rajouri district on Saturday.

According to Kashmir Media Service (KMS), an eyewitness said that the flag fell from the post and landed on the ground during the function held at the police lines Rajouri. He said the policemen deployed near the podium reacted immediately and attached the flag to the post.

This was not the first time that the Indian flag fell on the ground. Last year, the same thing happened in August after BJP chief Amit Shah tried to unfurl the flag at the party headquarters in New Delhi.

In a similar incident, the flag fell off the post during August 15 function in 2016 after the then puppet Chief Minister, Mehbooba Mufti, tried to unfurl it at Bakhshi Stadium in Srinagar.