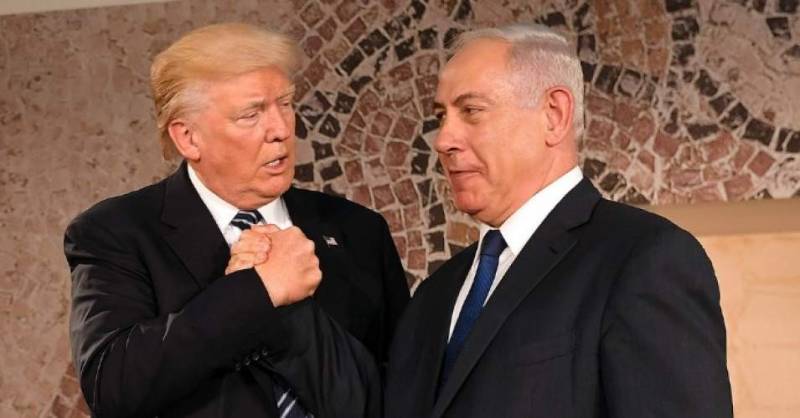 WASHINGTON/JERSUSALEM – US President Donald Trump is scheduled to meet Israeli Prime Minister Benjamin Netanyahu today to discuss the upcoming US plan to settle the conflict between Israel and Palestine, hinting at the meeting's potential historic repercussions.

White House would host both Prime Minister Netanyahu and Benny Gantz, the leader of the Israeli opposition Blue and White party and the former's main political rival, this week, during which Trump is also expected to unveil his so-called deal of the century that will set out the Israel-Palestine peace process.

Palestine has rejected the proposed US Middle East peace plan that violates international law, ahead of its possible announcement by President Donald Trump.

Palestinian President Spokesperson Nabil Abu Rudeinah in a statement in Ramallah said if the so-called 'Deal of the Century' is announced, it would have grave consequences on the entire region, because it will harm sovereignty of states in the region and their identities.

On Sunday, Palestinian leaders threatened to withdraw from key provisions of the Oslo Accords, which define arrangements with Israel, if Trump announces his proposal for Israel and Palestine.

The Oslo Accords resulted in Israel’s recognition of the Palestine Liberation Organisation as a representative of the Palestinian people and a party to the peace negotiations, while the PLO, in turn officially recognised Israel’s right to exist peacefully and renounced the use of violence to achieve its goals.

Under the Trump administration, Washington has recognized Jerusalem as the capital of Israel and the Golan Heights as part of the nation. The decisions were met with outrage in the Arab world and criticism on the part of the United Nations. In addition, last November, US Secretary of State Mike Pompeo said that Washington no longer considers Israeli settlements on occupied Palestinian territories to be illegal, a statement that contradicted not only a UNSC resolution on the issue but US' previous policy.

Israel has occupied East Jerusalem, the West Bank and the Gaza Strip since 1967.

More than 600,000 Israelis now live in East Jerusalem and the West Bank in settlements considered illegal under international law.

Trump's initiative has been in the works since 2017, and its economic component was unveiled in June, calling for $50bn in international investment in the Palestinian territories and neighbouring Arab countries over 10 years.

Despite this apparent economic incentive, Palestinian leaders have made clear that they no longer recognise Washington's historic role as mediator in the conflict, given Trump's repeated backing of Israeli demands.

"The US administration will not find a single Palestinian who supports this project," the Palestinian Foreign Ministry said in a statement on Sunday. "Trump's plan is the plot of the century to liquidate the Palestinian cause."

Hamas leader Ismail Haniyeh on Sunday said that Trump's plan "will not pass". In a statement from the Gaza Strip, Haniyeh said: "We firmly declare that the 'deal of the century' will not pass. The new plot aimed against Palestine is bound to fail," and may lead the Palestinians to a "new phase in their struggle" against Israel.