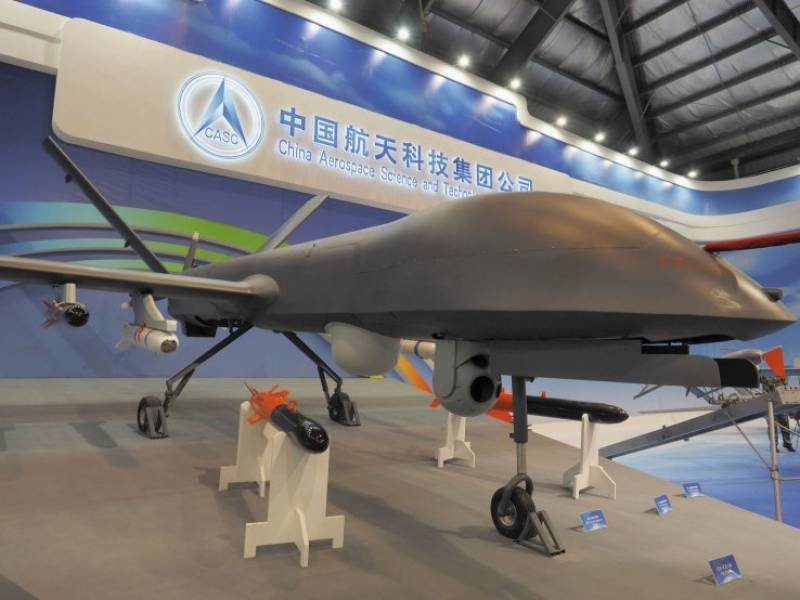 It is unclear, however, which variant of the CH-4 was received by Pakistan, and whether this consignment is part of a larger UAV order or just a limited acquisition of this UAV type, possibly for testing.

The CH-4 family of multirole MALE UAVs was developed by ALIT and China Aerospace Science and Technology Corporation (CASC), and comes with a multitude of sensor options.

ISLAMABAD – Prime Minister Imran Khan on Tuesday has given the approval to set up a Drone Regulatory Authority ...

Two variants are known to be in service with China’s People’s Liberation Army: the baseline CH-4A, which is configured primarily for reconnaissance missions with a flight endurance of 30 hours, and the strike-capable CH-4B, which is capable of carrying a 345 kg weapon payload, but has a shorter flight endurance of 14 hours, according to IHS Jane's, the world's leading defence magazine.

There is also third variant called the CH-4C, which is still believed to be in the testing phase. This latest variant is reported to offer several improvements over the CH-4B, including a greater payload, increased electrical power generation, as well as updated data processing and electronic architecture, enabling a wider range of payloads to be carried, it added.