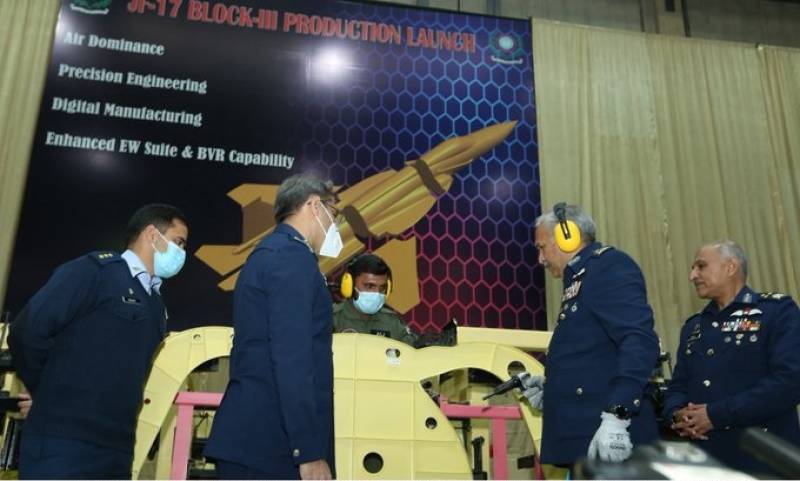 The launching ceremony was held at Pakistan Aeronautical Complex Kamra on Wednesday, which was attended by Air Chief Marshal, Mujahid Anwar Khan and Chinese Ambassador to Pakistan Nong Rong.

The dual-seat JF-17 aircraft are fully mission capable for entire spectrum of combat operations and will boost PAF’s operational readiness besides fulfilling the training needs of PAF.#PrideOfPakJF17 pic.twitter.com/zwNvGFLMcC

Speaking on the occasion, the Air Chief emphasized on indigenization and self-reliance in military hardware.

He also applauded the collaboration between aviation industries of Pakistan and China.

Chinese Ambassador, on the occasion, highlighted JF-17 program as a shining example of cooperation between two countries and assured his country's support for ongoing and future joint ventures in all domains.