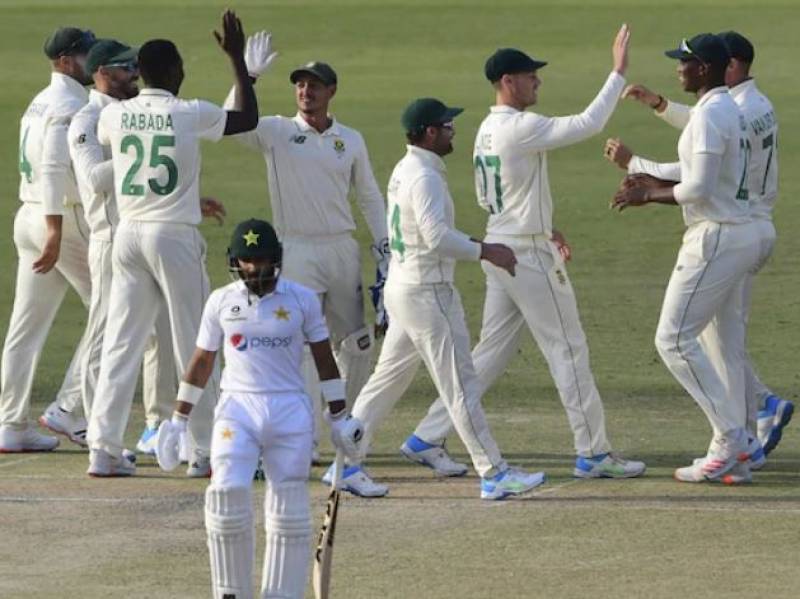 KARACHI – Pakistan were 308 at the loss of eight wickets at the end of day 2 of the first innings of the first test against South Africa in Karachi on Wednesday.

On the first day, Pakistan had restricted the Proteas to just 220 all out.

The two teams are playing their first Test in Pakistan after 14 years. The match is being described as a “monumental moment” for the revival of international cricket in Pakistan.

Babar Azam is making his Test captaincy debut in this test series, which is also part of the ICC World Test Championship. He has recovered from a thumb injury that kept him out of the two-Test series in New Zealand, which Pakistan lost 2-0.

The green shirts are looking to defy history and aim at winning the test series. If they do, it will be Pakistan’s first test win against South Africa since 2003.

South Africa has a psychological edge over Pakistan as they have won all of the past five test series the two countries have played against each other. On South African soil, the green shirts have an even worse record. Pakistan have lost every series in South Africa, except for 1998, which was a draw.

Three Twenty20 Internationals will also be played in the tour, which will be South Africa’s first T20I series in Pakistan. The last match (T20I) of the Proteas’ tour of Pakistan will be played on February 14.

South Africa were all out at 220 runs on the first day of the first cricket Test of two-match series against Pakistan ...