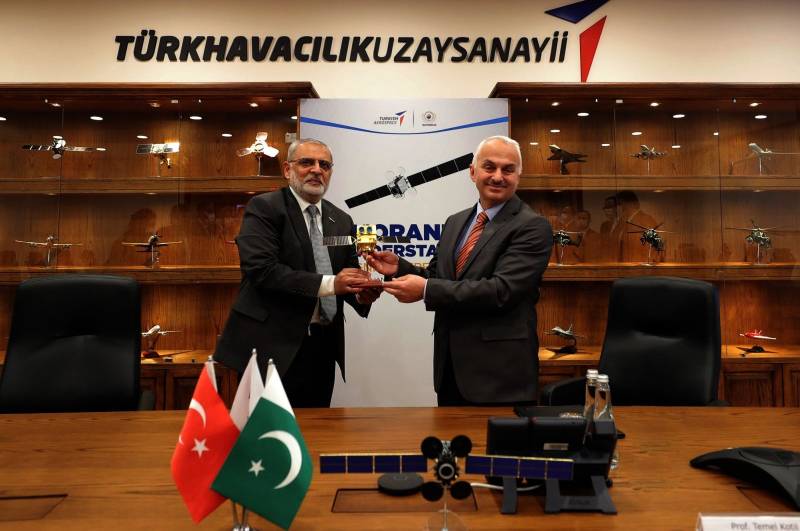 Turkish defense giant TAI and SUPARCO will carry out joint studies on electric communication satellites and other space projects within the scope of the agreement signed on Wednesday, Turkish media reported.

"We have signed a cooperation deal with the SUPARCO to develop satellite projects. We wish good luck for the two countries,” said TAI in a statement on Twitter.

In Dec. 2019, TAI launched its first office in Pakistan at the National Science and Technology Park.

Speaking at the Satellite Technologies Week held in December, TAI CEO Temel Kotil said that they are looking for new customers for the SmallGEO satellite, a telecommunications satellite platform that works with an electric propulsion system, Daily Sabah reported.

“It looks like we found a customer, but we don't share it because it has not been finalized. If it does, we will build three more satellites. A fourth customer also showed up. When these are finalized, we will reach five satellites in total,” said Kotil.

LAHORE – The Turkish Cooperation and Coordination Agency (TIKA) will be launching almost 50 new projects in ...