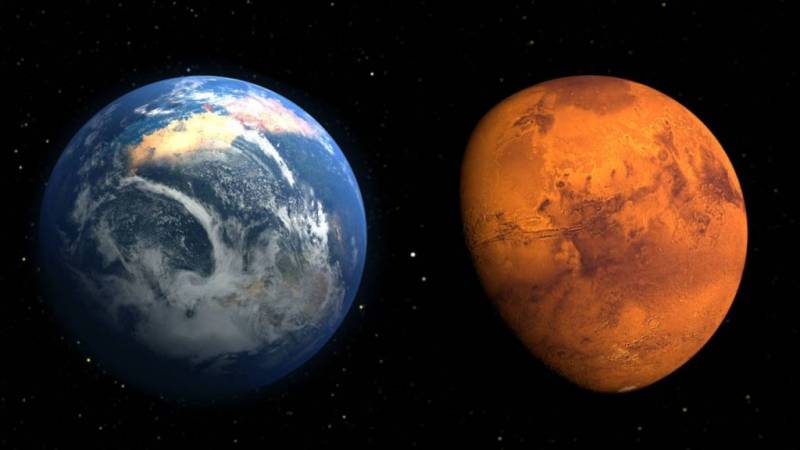 CALIFORNIA - With scientists recently announcing the exciting discovery of a ‘lake’ hidden below the ice on Mars’ south pole, the Red Planet is seemingly capitalizing on the exciting news by coming closer to Earth than it has in 15 years.

Stargazers will be able to see the planet at its brightest from Friday night through to Monday night, as Mars comes a ‘mere’ 36 million miles (58 million km) from Earth, according to NASA.

The planet will be easily visible by the naked eye, while those with a telescope may be able to spot details on the planet’s surface, such as its ice caps.

On the plus side, the Martian dust will better reflect sunlight, making the planet appear even brighter from Earth.

“It’s magnificent. It’s as bright as an aeroplane landing light,” Augensen added. “Not quite as bright as Venus, but still because of the reddish, orange-ish-red colour, you really can’t miss it in the sky.”

The visit will see Mars come into “opposition,” which occurs when Earth lies directly between Mars and the sun, making the sun and Mars appear in opposite directions as viewed from the Earth.

People in Australia, Africa, much of Asia, the Middle East, Europe and South America will also be treated to a lunar eclipse (at least part of it) on Friday night, which is expected to last for one hour and 43 minutes.