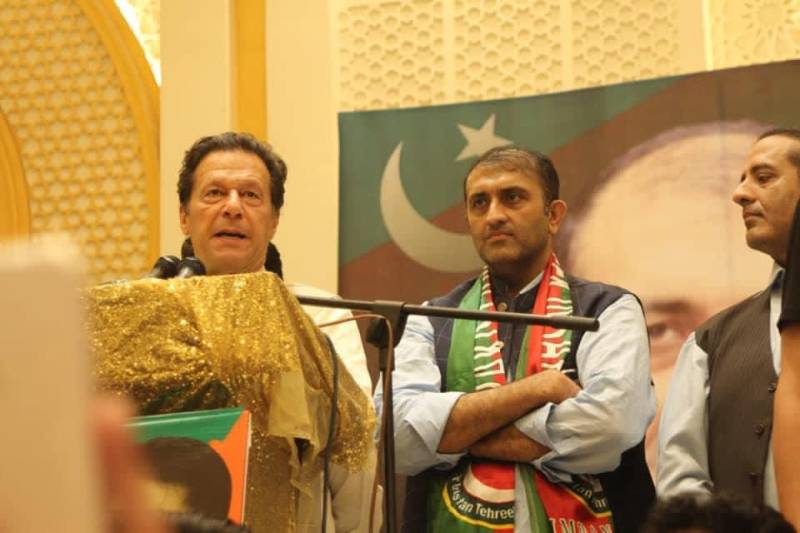 The former prime minister, who was ousted through a no-confidence vote in April after his allies and party lawmakers joined hands with the opposition alliance, formally launched by-election campaign on Sunday when he visited four constituencies in Lahore to address the workers conventions.

The seats fell vacant after the Election Commission of Pakistan de-seated 25 dissident PTI MPAs after they ditched the party and voted for PML-N leader Hamza Shehbaz Sharif in Punjab chief minister election.

The by-election on 20 seats is set to be held on July 17, while five others are reserved seats.

Addressing the charged crowd in PP-170, Khan said that the turncoats must be taught a lesson. He asked people to take part in by-elections considering it a Jihad to get real independence for Pakistan.

He urged the party workers, particularly women supporters, to go door-to-door to educate people ahead of the elections.

The PTI chief claimed that the incumbent government of coalition parties have given the “NRO-2” to themselves by amending the NAB laws. He vowed to recover Rs1,100 billion laundered abroad by Sharif family.

He reiterated that people, who are facing corruption cases, have been imposed on Pakistan through a US-backed conspiracy.

Lashing out at the skyrocketing inflation, he said that the PML-N government had failed to bring stability in the national economy. He warned that the situation would further worsen in coming days.