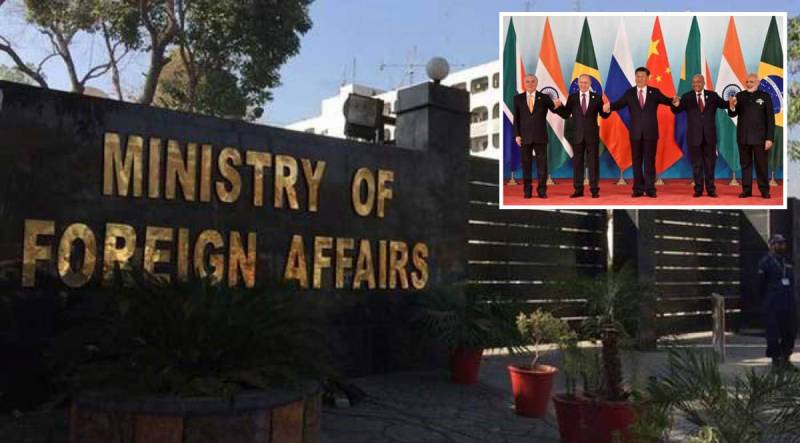 ISLAMABAD – Ministry of Foreign Affairs has revealed that a member country blocked Pakistan's participation in a high-level dialogue on global development held virtually on the sidelines of the BRICS moot.

Last week, nearly two dozen non-member countries participated in the BRICS meeting virtually however there was no representation from Pakistan.

A statement issued by Foreign Office said that Beijing engaged with Islamabad prior to the BRICS meetings, where decisions are taken after consultations with all BRICS members, including extending invitations to non-members.

Without naming its archrival, Pakistan said a member country blocked its invitation.

The Foreign Office spokesperson added that Pakistan stands ready to work with all developing countries, including the BRICS members for addressing the challenges faced by the global community.

The South Asian country also expressed hope for participation in future engagements, calling for ‘inclusivity keeping in view the overall interests of the developing world and in a manner that is devoid of narrow geopolitical considerations’.

Pakistan also felicitated iron brother China on the successful hosting of the BRICS meetings, saying the two nations are all-weather strategic partners and are fully committed to take our all-round cooperation to higher levels both bilaterally and multilaterally.