One killed, 14 wounded in US nightclub shooting 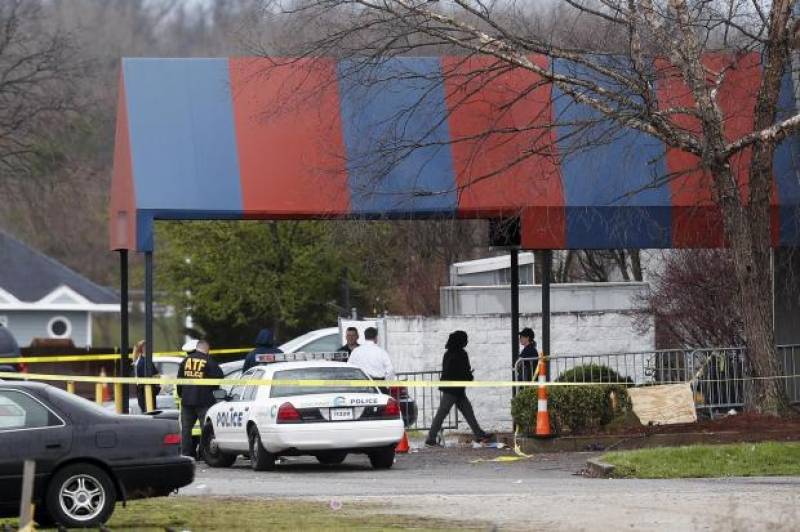 OHIO - One person was killed while 14 others were left wounded early Sunday in a shooting at a packed nightclub in Cincinnati, Ohio.

Ohio authorities initially said there were at least two shooters, but assistant Cincinnati police chief Paul Neudigate said in a tweet later that there was “only one reported shooter at this time, still investigating if others involved.”

Cameos Update: Only one reported shooter at this time, still investigating if others involved.

The Cincinnati Police Department said there were “15 gunshot victims, one deceased” and that its “homicide unit and all available resources are being utilized.”

Neudigate said hundreds of people were in the Cameo nightclub when the shooting broke out, causing many to flee the scene.

It was not immediately clear where the shooter was but no one has been taken into custody. The shooter is still at large although police is leaving no stone unturned for his arrest.

Police said there was no evidence of a terrorism connection, the attack inevitably raised memories of last year’s shooting rampage at a gay nightclub in Orlando, Florida.

As many as 50 people were killed when attackers wreaked havoc in Pulse club raising eyebrows of law enforcement officials. Political analysts at the time opined that the shooting paved way for Donald Trump to step into White House who was earlier lagging behind Hillary Clinton with a wide margin.

Incidently Donald Trump made his way to Oval office apparently duw to his rigid stance against extremism and racist campaign.