This page has been intentionally left blank 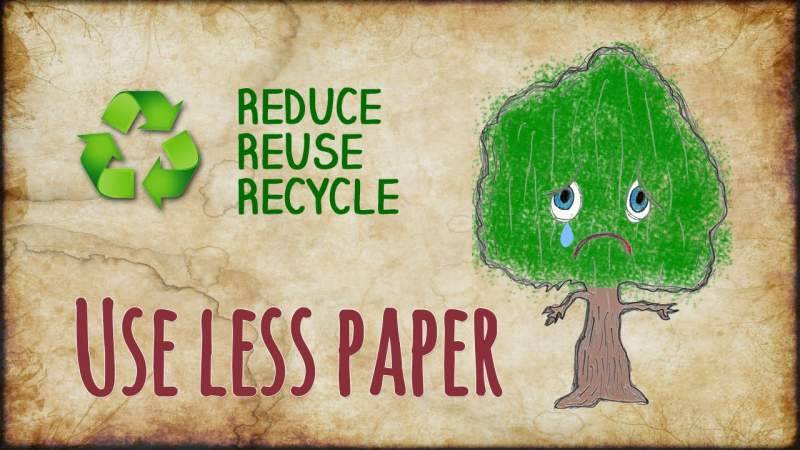 The ecosystem plays an important role in make our environment a better place to live in. Unfortunately, carbon emissions have started to increase and one of the major reasons for that is increasing deforestation. The Rainforest Action Network (RAN), which is working towards forest conservation and protecting indigenous communities by providing funding to more than 300 frontline communities, in almost 40 countries across six continents, has stated that three to six billion trees are felled every year due to various reasons.

One of the reasons for the tree falling is the production of paper, which is used for various purposes, including book publishing.

According to Nielsen book research (which collects data from 35,500 bookshops around the world), the number of books sold between 2013-16 is as follows:

If we talk only about books sold at big shops, then according to Nielsen book scan, more than 674 million books are sold. On the flip side of the coin, billions of books are published every year.

Almost every published book contains the page titled "The page intentionally left blank". This, then, means that we are wasting billions of papers which are produced from the trees, which in turn implies that trees are being chopped for unproductive reasons like this one.

In fact, it is a set pattern of publishing books and most importantly, it has no link with sales or with the content of the book. In my opinion, it’s a waste of paper.

With every tree that is chopped, the oxygen for three humans gets depleted. Here we are still not even talking about the issue of non-productive usage of trees, especially when carbon emissions have skyrocketed. According to ucsusa.org, (which is the largest union of scientists to resolve pressing issues related to environment), the US with 5490.63 million metric tons of carbon emissions is in the second position after China.

This is just one aspect of non-productive usage of trees which needs to be stopped which will help to slow down deforestation.

It is high time to use papers productively and slowly phase out the practice of "This page intentionally left blank".

While it may seem small, the ripple effects of small things is extraordinary. Hence it is the need of the hour to help reduce deforestation as every effort matters which can help to make this world a better place to live.