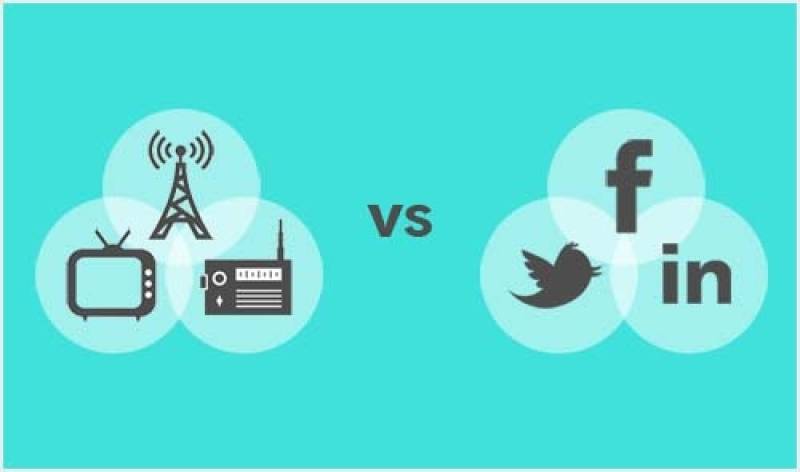 Social media has become an essential source of news and updates nowadays. Today, people spend more time on internet than watching television or reading newspaper. In former times, traditional media was the only source of news for us but as technology is advancing too fast, we saw major challenges around the globe.

Social media has a significant influence on our daily lifestyle. It affects the way we are, almost everything is changed in our life after social media revolution.

And after all social media is now the first source of news. In Pakistan, people tend to believe what they see on television, but nowadays even our traditional media is covering news which are circulating on social media sites such as Facebook, Twitter, Google are the top sources of news for TV channels.

In recent days “Chai Wala” is the most viral trend on social media which is also covered by our TV channels. We also observe that how social media platform has affected US elections recently this month.

The major advantage of social media is that it’s easier to handle. Like for advertisers social media is easier to use and engage customers. It’s easy to create and optimize adverts according to your niche while on electronic media you require skilled, trained and experienced person to handle on your behalf which needs special equipment.

If you own a small or large scale business, on social media you just need to know basics of computer and internet with some knowledge about social media websites to promote your business effectively. On the other, not only businessman but teachers, students for their work find it a lot helpful. Even a normal man with little social media knowledge can handle it easily once he gets to it.

Social media is not biased. Social media always shows both sides of the story, it actually depends on the user how to understand it, either he believes one side of the story or the other, it is totally based on him because social media have both the side of story but our traditional media usually cover one side because of its channel policies or somehow government policies.

In Pakistan, most of the TV channels push right- wing agenda while a small-sub section promotes the liberal agenda. And it has a bad impact on the viewers but it’s a system most of the traditional media in Pakistan or abroad are controlled by some specific personnel’s but where as social media cannot be controlled because every news is available on social media to everyone and anyone. One can get any information he/she wants easily and can reach the reality of story but in traditional media one cannot reach the root of reality.