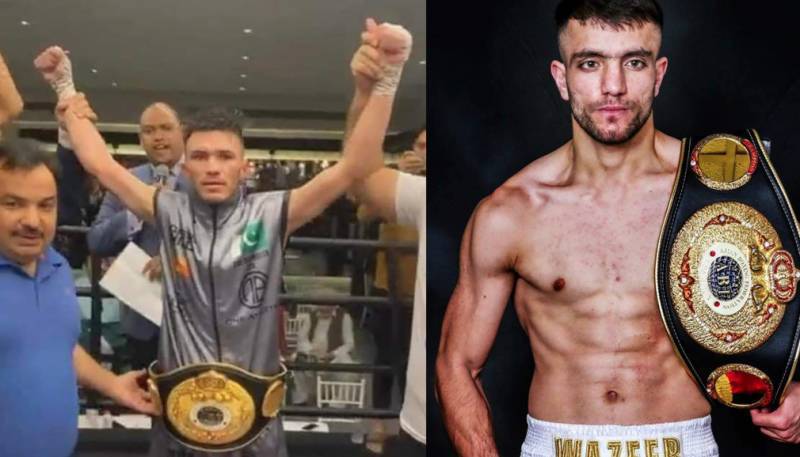 DUBAI – Pakistani boxers Asif Hazara and, Usman Wazeer continue to make the nation proud as the duo successfully defended their international titles in the Dubai fight.

The bout organized by the World Boxing Council ended in the victory of the Pakistani boxer who gave a tough time to the Indonesian opponent. He bagged the event by a majority decision as he won nine out of ten rounds.

Asif, after defending the title, thanked his fans and countrymen for their support and prayers. He also vowed to make Pakistan proud on every forum.

successfully made Pakistan proud once again by beating Indonesian boxer. ThankYou for all your support and prayers. I will keep striving to serve my country and make Pakistan proud on every forum. keep supporting.

Meanwhile, Usman Wazeer, a product of Amir Khan Boxing Academy, also defended World Boxing Council WBC title by knocking out the Indonesian boxer in the first round. British-Pakistani boxer Amir Khan can be seen with the new stars in the ring.

Wazeer knocked out the Indonesian boxer in the first round. The 21-year-old, nicknamed ‘The Asian Boy’, is regarded as one of the greatest contemporary Pakistani boxers and is currently an undefeated welterweight boxer and holds the Asian Boxing Federation (ABF) Asian title – being the first Pakistani to hold the title.

Alhamdulillah☝🏻.one more victory for my beautiful country 🇵🇰 #Pakistan and #gilgitbaltistan . Still champion of Asian title and undefeated. Thank you each and everyone for your support and love. Sab meel Ker bolo Pakistan zindabad 🥊🙏🏼👑💪🏼❤️ #stillchampion #asiantitle #asianboy pic.twitter.com/ZG0x3gIYCK