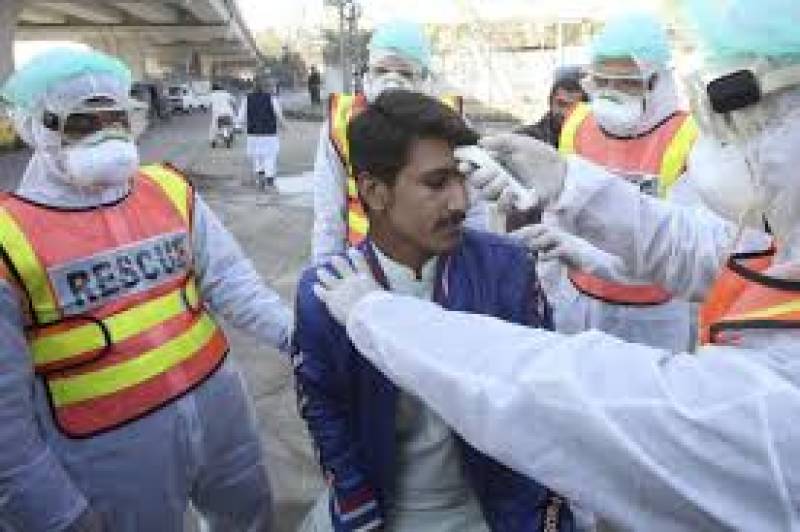 ISLAMABAD – Amid rising number of infections in the country, Special Assistant to PM on Health Dr Faisal Sultan confirmed on Tuesday Pakistan is witnessing second wave of novel coronavirus.

Addressing a press conference, Sultan revealed that the number of Covid-19 cases per day has surged to 700 from previous 400.

He stressed on strict implementation of standard operating procedures (SOPs) to cope with the second wave. Urging people to use face mask at crowdy places, he said that rising cases have made the government to take strict measures.

The health official said that fine will be imposed on people for violation of SOPs in areas where restrictions are in place. He revealed that the government is considering reducing business times in most hit areas.

He asked people to play their role in the tough times by reporting the violations of SOPs in their respective areas.

During the last 24 hours, the virus has claimed six lives and 11,190 active cases as 773 more people tested positive.

According to the latest update issued by the National command and Operation Centre (NCOC), six corona patients, five of whom were under treatment in hospital and one out of hospital died on Monday.

No COVID affected person was on ventilator in Azad Jammu and Kashmir (AJK), Gilgit Baltistan (GB) and Balochistan, while 93 ventilators elsewhere in Pakistan, out of 1,884 allocated for COVID-19 patients, were occupied.

Around 311,440 people have recovered from the disease so far across Pakistan making it a significant count with over 90 percent recovery ratio of the affected patients.

A total of 4,317,678 corona tests have been conducted so far, while 735 hospitals are equipped with COVID facilities. Some 853 corona patients were admitted in hospitals across the country.