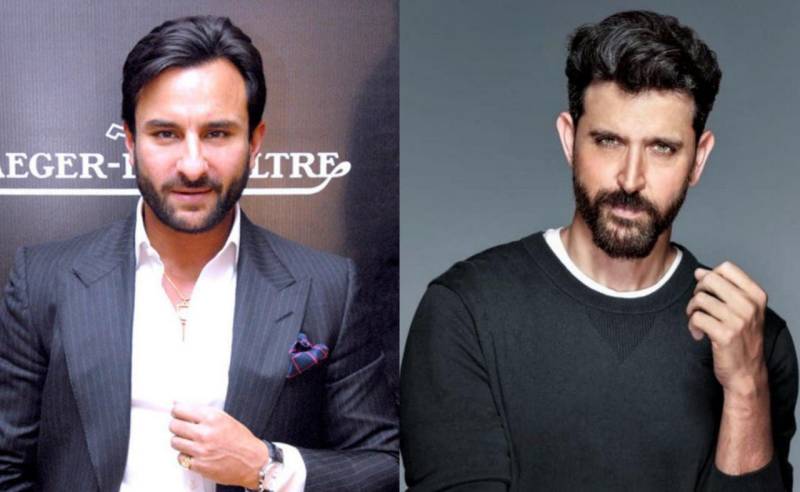 The handsome hunk of Bollywood Hrithik Roshan's neo-noir action film Vikram Vedha has been riling up its fans even before the film hit the cinema followed by a hilarious video that cause a burst of laughter. The cast and crew recently reached Delhi for promotions, when the lead cast Hrithik Roshan and Saif Ali Khan were captured having a fun dance moment together to the Alcoholiya song.

The Pushkar and Gayatri directorial is special for Roshan as it marks his 25th film.

Roshan was seen teaching the hook step of the song Alcoholiya to Khan when the Krrish actor forgot the steps himself. The Guzaarish actor's 44.1M Instagram followers flooded the comment section with praise for the duo. The Kaabil star wore a t-shirt with grey pants and sunglasses while the Cocktail actor wore a blue t-shirt with blue jeans and sunglasses.

Sharing the video on Instagram, Roshan wrote, "The Real Vikram Vedha behave like this. Vedha forgotten the step, teaching Vikram all wrong."

Vikram Vedha is said to be based on the Indian folktale, Vikram Aur Betaal. Vikram Vedha is a Hindi remake of the 2017 Tamil film starring Vijay Sethupathi and R Madhavan. The remake also stars Rohit Saraf and Radhika Apte.

On the work front, Roshan has Fighter opposite Deepika Padukone, in the pipeline.