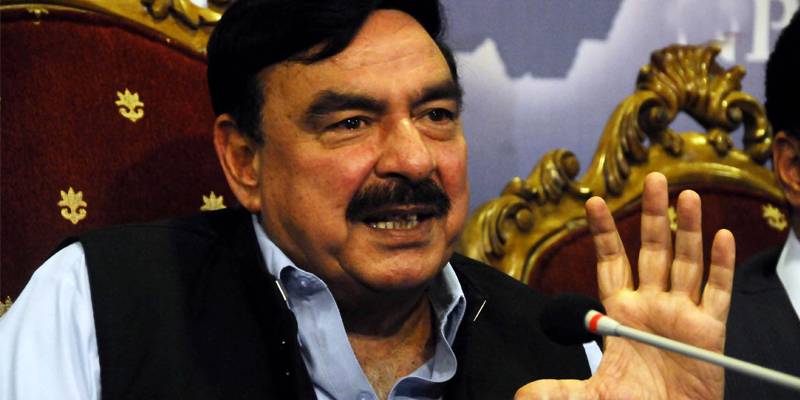 The AML supremo, in his petition, contended that National Accountability Bureau had informed the apex court that it would reply in seven days regarding reopening of the Hudaibiya case.

However, 'the bureau failed to reply within the stipulated time period and NAB chairman was even sent a notice in this regard but that too has yet to be replied to' stated the petition.

ISLAMABAD - The National Accountability Bureau (NAB) that is presently active against Sharif family is not willing to ...

Rasheed also quoted that the apex court had directed reopening of the high-profile case in its July 28 judgment that led to the disqualification of the then Prime Minister Nawaz Sharif.

The firebrand political leader argued if the case is not reopened by NAB, money laundering in the country will be strengthened.

Talking to newsmen outside the apex court, Rasheed stated that rumours regarding formulation of another NRO (National Reconciliation Order) were rife in the Capital.

"Attempts are being made to save people’s assets," he claimed.

He vowed that as long as this assembly was here, Articles 62, 63 were "not going anywhere" claiming that Maulana Fazlur Rehman had also expressed support for theses constitutional clauses.

Apart from being in the good books of Nawaz Sharif, Dar’s role for investigating the money trail of the first family becomes more central as he spilt the beans regarding money laundering during the second stint of prime minister Nawaz Sharif with respect to the case.

The Hudaibya Paper mills case was discussed rigorously in the Supreme Court as well. Incumbent finance minister Ishaq Dar had alleged before a magistrate back in 2000 that the Sharif brothers used the Hudaibya Paper Mills as a cover for money laundering during the late 1990s.