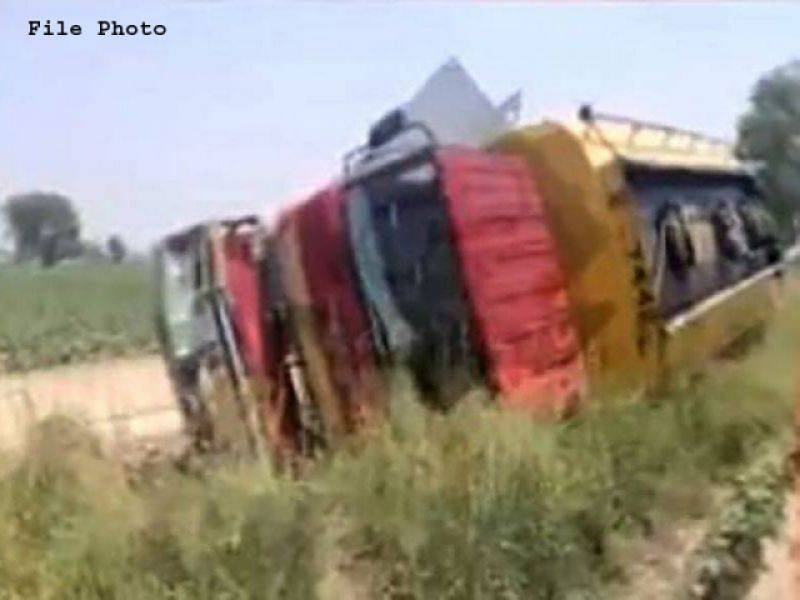 CHAKWAL - At least two people were killed in a fire that erupted after an oil tanker overturned on Monday near Talagang, local media reported.

As per reports, the oil tanker overturned in an area of Talagang tehsil causing spill of oil from the tanker. After the leakage, the oil caught fire and exploded.

After the incident, the police reached the place and cordoned off the area. The rescue teams also reached to douse the fire.

On June 25, a deadly incident occurred in Ahmedput East area of the Bahawalpur in which over 200 people were killed after an oil tanker explosion, besides leaving scores injured.

The tanker carrying 40,000 litres of fuel overturned after trying to make a sharp turn while travelling from Karachi to Lahore on the main highway.

It exploded minutes later as crowds from a nearby village gathered to scavenge for fuel, despite warnings by the driver as well as motorway police to stay away.