When Pakistanis will be able to visit Al-Aqsa Mosque, Allama Tahir Ashrafi shares in emotional talk to Palestinian TV 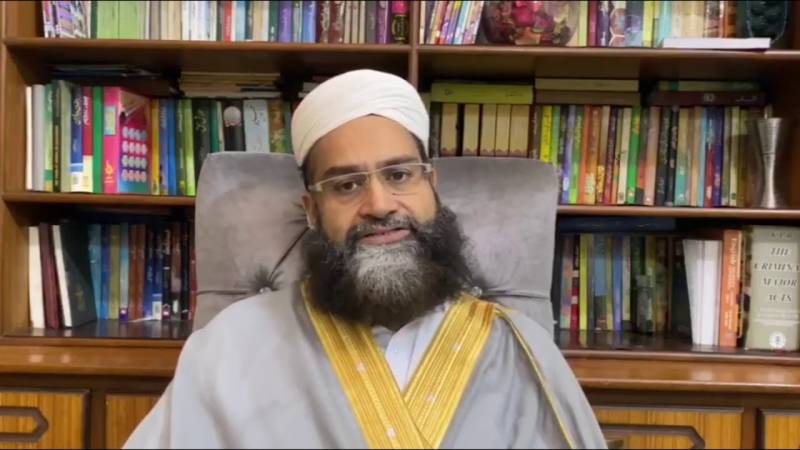 ISLAMABAD – Special Representative of the Prime Minister for Religious Harmony Hafiz Muhammad Tahir Ashrafi got emotional when he was asked about Pakistanis’ desire to visit Al-Aqsa Mosque located in the Old City of Jerusalem, occupied by Israel, during an interview with a Palestinian news channel.

The chairman of Pakistan Ulema Council broke into tears after the news anchor asked, “When our Pakistani brothers will visit the holy land. Do you want to visit the Al-Aqsa mosque? When will we see you in our land?”.

Ashrafi said that the day will arrive soon when Pakistanis will be visiting the third holiest site in Islam.

Lashing out at Israel, he said that the Pakistan national did not want to get permission or visa from oppressive Israel to visit Al-Aqsa mosque.

“We will visit [the mosque] with a visa from Palestine after it will become an independent state," he added.

Explaining the emotions of Pakistanis, he said that they want to reach the holy place in next moment and offer prayers there.

“We want to meet Palestinian youth and children,” the scholar said.

The mosque has been the most contested site in the Holy Land since Israel occupied East Jerusalem, including the Old City, in 1967, along with the West Bank and Gaza Strip.

However, the conflict dates even further back, to before the creation of Israel.

Pakistan is in the grip of speculation about recognition of Israel, however PM Imran Khan has clearly said that the state will not be recongised.