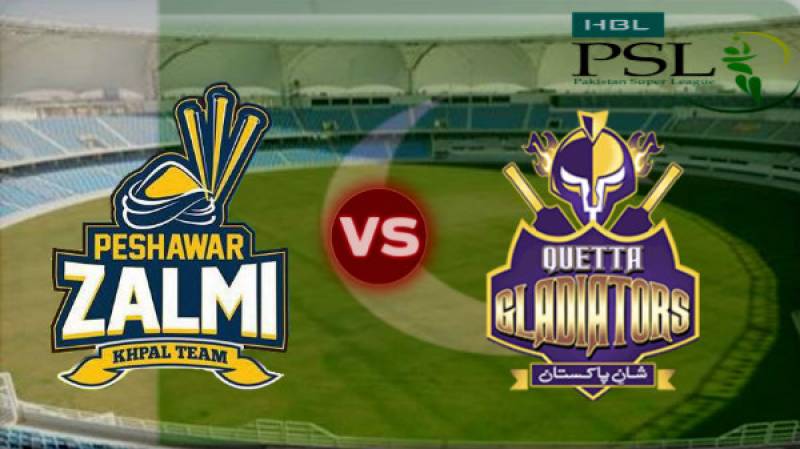 KARACHI – Peshawar Zalmi beat Quetta Gladiators by five wickets in the second match of the Pakistan Super League (PSL) at the National Stadium in Karachi.

Stand-in skipper Shoaib Malik won the toss and elected to field first. The decision at first did not seem good as they had to chase a 191-run target, but their sensational batting defied odds.

The Zalmi were three men down— skipper Wahab Riaz, Kamran Akmal, and Hazratullah Zazai — due to coronavirus, but Malik did not let that overshadow the Zalmis as he and Hussain Talat led the team to victory.

Quick fall of three wickets — Tom Kohler-Cadmore (22), Yasir Khan (30), and Haider Ali (19) — seemed like Gladiators had the match wrapped up, but then, Malik and Talat came in.

Talat was able to score 52 off 29 balls, with the help of five fours and two sixes, while Malik hit an unbeaten 48 off 32 balls — and he also smashed some amazing boundaries in the second-last over to help his team sail to victory.

Gladiators' bowlers failed to impress, as Mohammad Nawaz picked up three wickets, while James Faulkner and Naseem Shah were able to take a wicket each.

Gladiators’ Ahsan Ali smashed three sixes and eight 4s to make 76 off 46 while his opening partner Will Smeed remained top scorer with 97 off 62.

Iftikhar Ahmed and Mohammad Nawaz made 8 and 5 runs, respectively.

The two sides have established themselves as formidable opponents throughout PSL's history. Both teams have met 17 times and Zalmis have a small edge with nine victories against Quetta Gladiators' eight.

Four matches have been played between the two teams at the National Stadium, with each team claiming two victories.

Zalmi had the upper hand in the previous two seasons, having swept all four matches, two each in a season. Quetta struggled to compete at full strength throughout the last two seasons. Quetta, on the other hand, appear more balanced this time around, and their pace bowling, in particular, may rattle Zalmi's powerful batting line-up.

Sarfaraz Ahmed, the Quetta Gladiators' skipper, recently praised his team's bowling during a news conference. They have speedster Mohammad Hasnain, who just had an impressive BBL debut, confounding the batters with his remarkable speed.

Naseem Shah, who demonstrated exceptional ability in the CPL, will also prove lethal for the opponents. Additionally, they have the expertise of Sohail Tanvir in addition to Mohammad Nawaz and Iftikhar Ahmed.

Karachi Kings lost the opening match of the seventh edition of Pakistan Super League (PSL) to Multan Sultans at ...