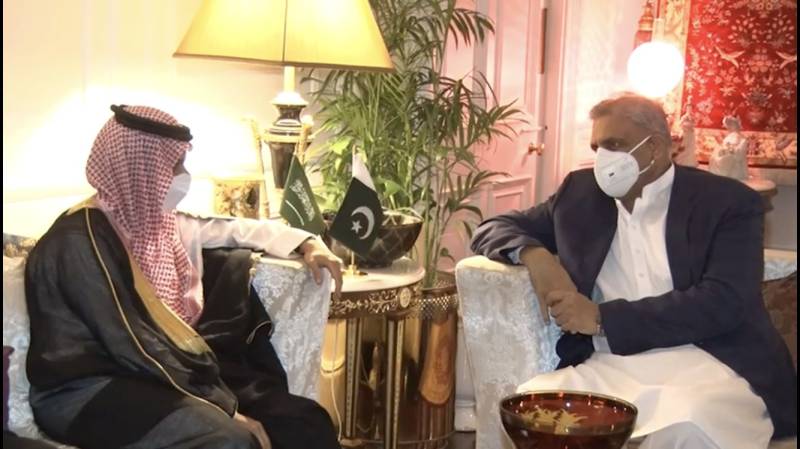 During the crucial meeting, the Saudi dignitary commended Pakistan’s role in promoting peace and stability in the region.

In his remarks, General Bajwa said that the relations between the two countries are based on bonds of brotherhood and mutual trust. He also ensured continuous efforts for regional peace and stability in the region. Furthermore, COAS hailed Saudi leadership for KSA’s support to Pakistan and its Armed Forces.

Prime Minister Imran Khan emphasized the need for strengthening the economic dimension of the relationship with Saudi ...

PM sent cordial greetings for King Salman Bin Abdulaziz Al Saud and Crown Prince Mohammed bin Salman. PM Khan has fondly recalled his visit to Saudi Arabia in May 2021. In line with the decisions taken on the occasion, the premier highlighted the assiduous follow-up and stressed the need for exploring new avenues of cooperation to further deepen bilateral relations in diverse fields.