"I think Marriage is a WASTE of Money" - Salman Khan says NO to Love! 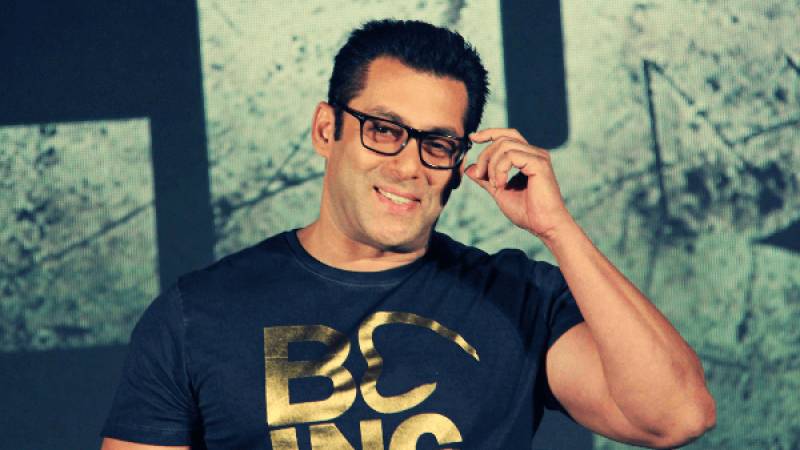 Salman Khan has been making rounds in the news for quite some time now, especially ever since his recent Eid release Tubelight! Though his expected blockbuster hasn't been finding its light at cinemas this Eid, Sallu Bhai can still not be avoided from becoming the talk of the town once again. This time around he has been making headlines for his publicly talked about equation with his female partners and if, at all, we are soon to see him as a married man or not.

In a recent interview with a leading media publication, Salman was asked about the concept of marriage. This is what he said:

"Now, say if someone comes and asks me something straight up, like this whole marriage shit. They’re really not interested, you know that. They just want to chhapo [stamp] that marriage thingy. That pisses me off. For me, I think marriage is a waste of money!"

He further went on to reveal how he doesn't believe in love and how it's just about time that the word should be replaced with the word 'need' instead. Khan commented:

"I don’t believe in love at all. I don’t think there’s any reason for the word ‘love’ to exist. The word is ‘need’. It depends on whose need is more. Or who you might need at some point. But she may not need you at all. This can also turn the other way round when you don’t need her sometimes. So, basically, the need has got to be equal at all times, which may or may not happen."

"Then there is companionship, habit – that you’ve been together for so long – emotional connect, or the fact that both of you have flaws but you’re aware of the larger picture, and that you’re happy together. But ‘love’ is, essentially, need."

When asked about the considerable change in his nature - from being all the way aggressive to remarkably mellowing it down, 51-year-old Salman responded by saying:

"I’m the same person. I still sit in rickshaws, walk, cycle – in fact, I just cycled here. There was, at one point in time, for whatever reason, a lot of negativity around me. I don’t know what I did to deserve that negativity. And I never spoke about it. Later on, things automatically started clearing out. Till today, I’m told I’m the most misunderstood person there is. It’s been 30 years that I’ve been here. How can I be misunderstood? If I’m indeed the most misunderstood still, then I might be the same person (that people think I am)."