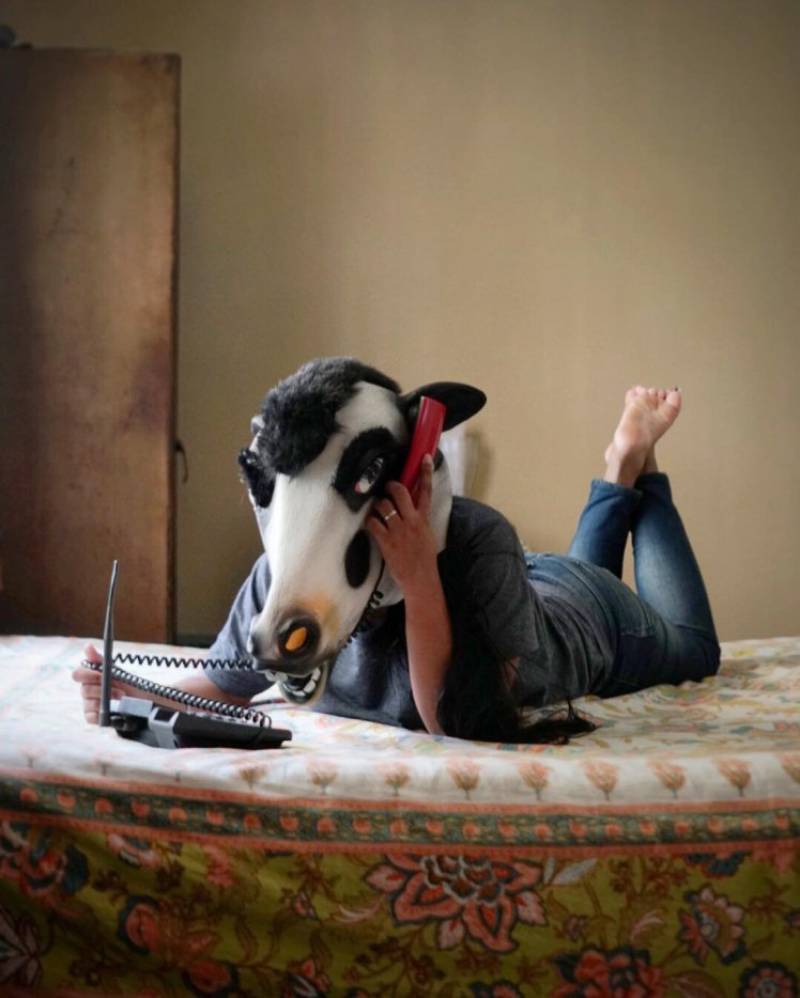 NEW DELHI - You may or may not have seen images of women wearing cow masks in India floating about the internet this week. At first glance, the pictures appear like people just having a bit of fun. 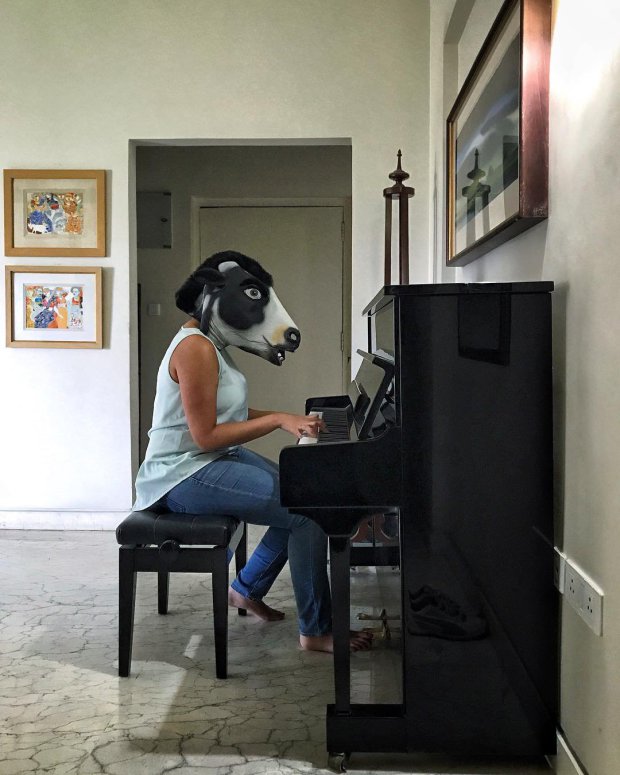 But the cow masks actually have a pretty serious meaning. And the photographer behind the pictures hopes they will begin a much-needed conversation into whether women are seen as less important than cattle in India. 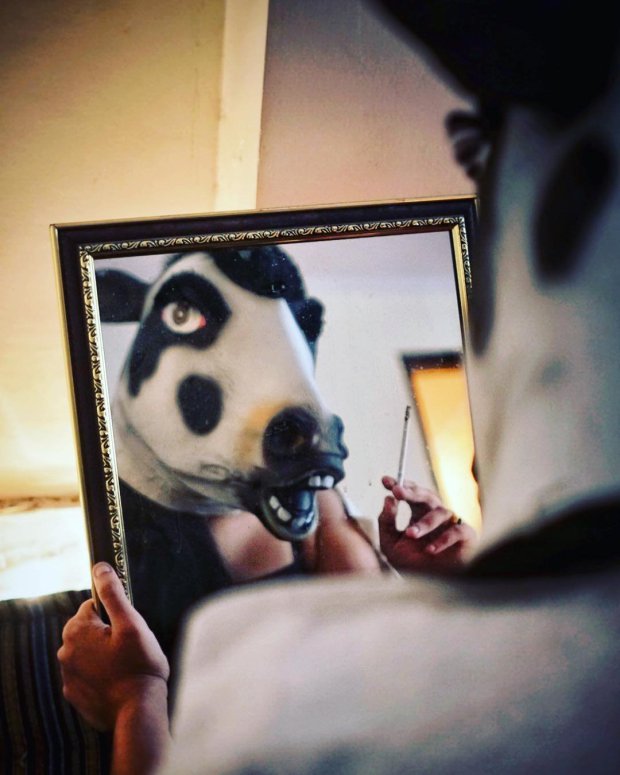 Sujatro Ghosh, a 23-year-old photographer from Delhi, embarked on highlighting this debate through his artwork because he was shocked that it takes much longer for a woman who is raped or assaulted to get justice in India than it is for a cow.

In India, a rape is reported every 15 minutes but often cases go on for years before the guilty are punished. 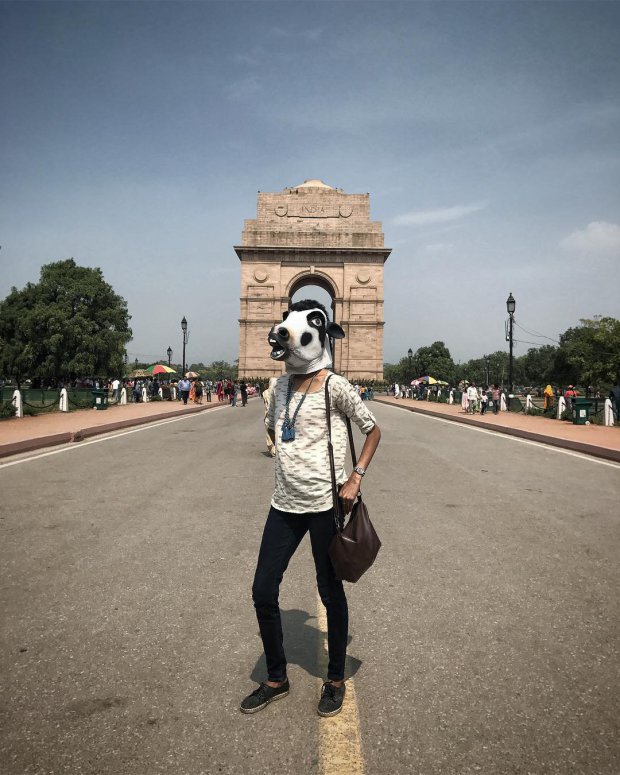 When a cow, considered sacred by Hindus, is slaughtered, Hindu extremist groups immediately go kill or beat up whoever they suspect of slaughter, Sujatro said.

His project, he says, is a protest against the increasing number of cow protection groups that have strengthened ever since the Hindu nationalist Bharatiya Janata Pary came to power in 2014. 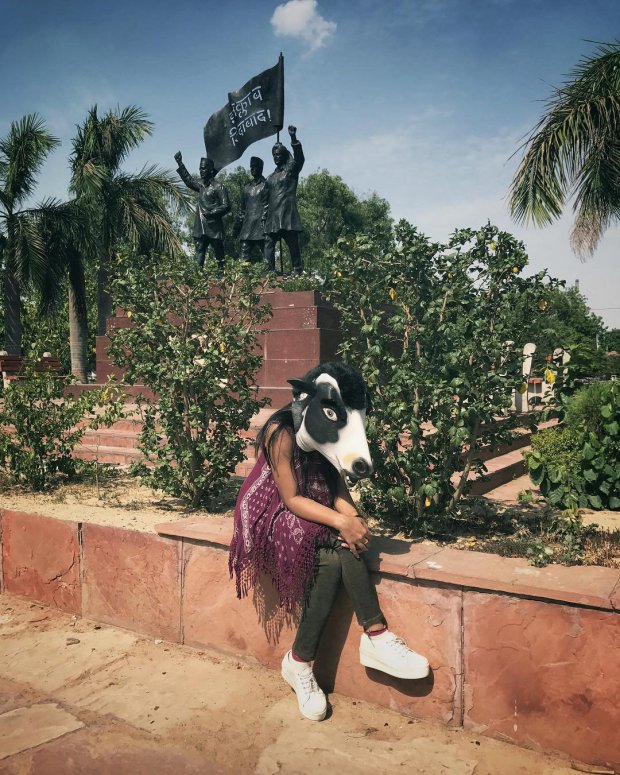 Sujatro gave an example of religious attacks on Muslims by cow vigilantes simply because they either consumed or stored beef. 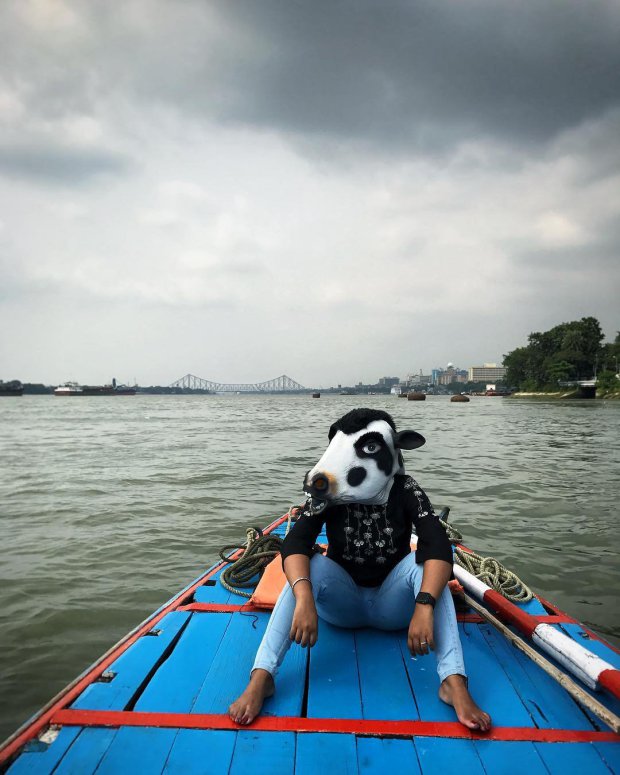 Most of the reaction has been positive, he said, but there has been a significant number of people threatening him because of his pictures.

The threats haven’t seemed to bother him too much though, Sujatro says, ‘I’m not afraid because I’m working for the greater good.’