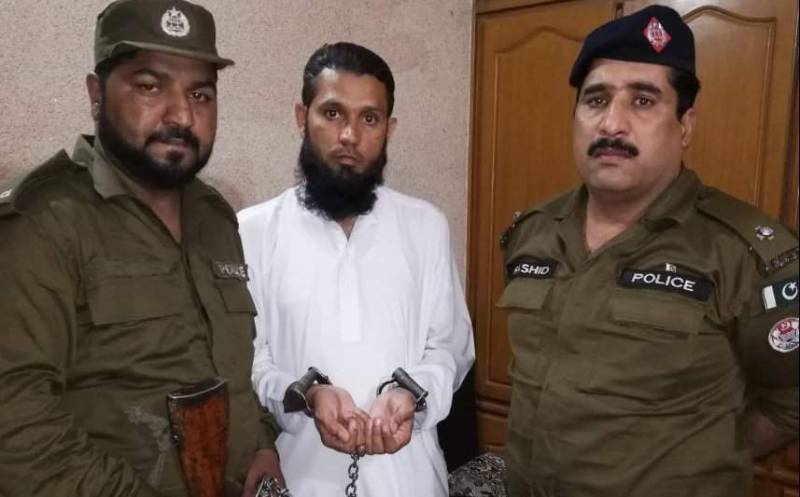 RAWALPINDI - The law enforcers spring into action and arrested a cleric who tortured a student mercilessly  - a video of which mad its way to the social media.

The Rawalpindi police were moved by a viral video on social media in which a cleric was seen unleashing violence on a student who was hanging upside down.

Soon after the social media buffs highlighted the issue, City Police Officer Capt (r) Rana Muhammad Afzal directed the policemen to trace the seminary and the suspect, following which Noor Muhammad was arrested.

The seminary was identified as Taleem ul Quran Islam Academy Dhok Kashmirian which falls within the jurisdiction of Sadiqabad police station.

Divisional SPs were earlier directed to trace the individuals responsible for the incident; the cleric is being booked for the offence.