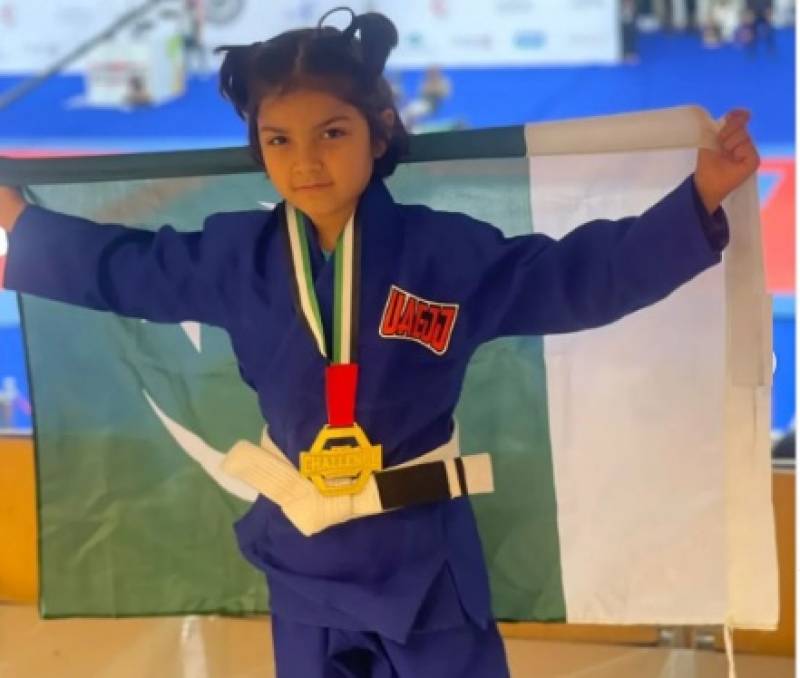 LAHORE – A seven-year-old Pakistani athlete has brought pride to the country by winning a gold medal at the International Jiu-Jitsu Competition 2022 in Abu Dhabi.

Anayah Naveed Dar, a multi-talented girl, shared the news on Instagram, stating that she represented Pakistan in the under 28 weight category and won the gold medal.

With his thrilling victory, she has become the youngest Jiu-Jitsu player and MMA Fighter of Pakistan.

She defeated Russian player Latifa in the first match and UAE’s Shamsa in the second match to win the gold medal.

The young player has dedicated her all victories to the country and also thanked her coaches for their support.