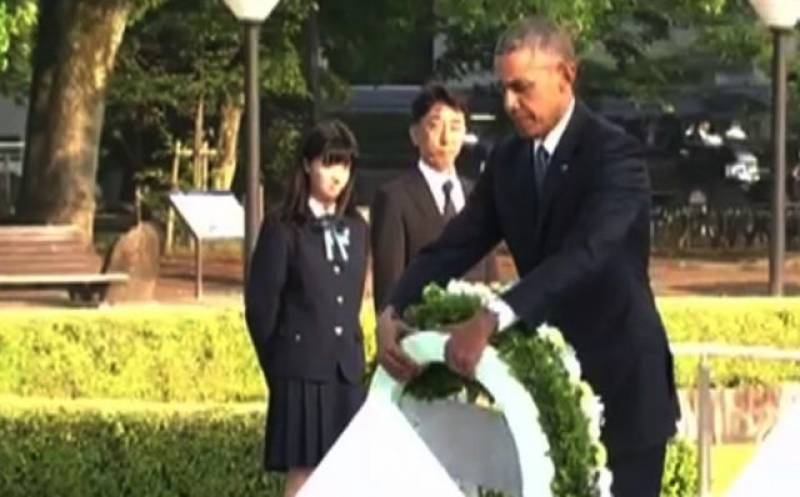 WASHINGTON (APP) - US President Barack Obama on Friday wrapped up a historic trip to Asia, where he sought to deepen US involvement by boosting ties to former adversaries in the region.

He paid tribute to victims of the first atomic bomb attack in Hiroshima on Friday, becoming the first American leader to visit the city devastated by the bomb that the US government credits for ending World War II.

He also took part in a G7 summit in Japan, where he raised concerns over escalating tensions with North Korea following a series of nuclear tests by Pyongyang.

Obama arrived in Japan from Vietnam, where he formally reset the relationship with Washington’s former foe by lifting an arms embargo, four decades after the US withdrew its last troops from the country.

He also appealed to its leaders to lift authoritarianism.

His visit came as China is making waves in the region with a series of reclamation and construction projects — including airstrips — on reefs and islets in disputed waters of the South China Sea.

Eight months before he steps down and almost five years after he announced Washington’s “pivot” to Asia, Obama now seems intent on re-configuring a foreign policy strategy that has remained centered on emerging security threats from the Middle East and Russia.