The truth about 'SHO who resigned in love of Imran Khan' 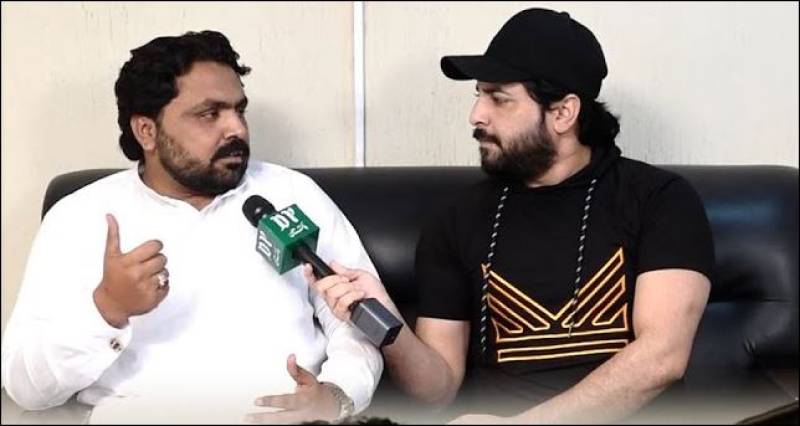 ISLAMABAD – A video of a man impersonating SHO of the Kohsar Police Station went viral on May 25, the day ousted prime minister Imran Khan marched on the federal capital.

The man clad in a traditional white dress can be seen holding a wireless set. He can be heard saying that he has decided to quit his police job and join Imran Khan’s long march against the coalition government led by Prime Minister Shehbaz Sharif of the Pakistan Muslim League-Nawaz (PML-N).

As his video went viral, a large number of social media users, mostly PTI supporters, started praising him as a hero. So much so that some offered him jobs for sacrificing his job.

Even celebrities jumped on to the bandwagon of patriotism without confirming authenticity of the clip. Ahsan Mohsin Ikram shared the video on his official Instagram handle.

Amid the hype, Daily Pakistan traced the man in the viral video to find the truth. Speaking to Daily Pakistan host Yasir Shami, the man clarified that he wasn't a policeman and that he took the walkie-talkie from his uncle just for a fun banter.

He said that his uncle was a supporter of the late Pakistani prime minister Benazir Bhutto and that he was just trying to tease him.

The man said he came to know about the hype later when the video started doing rounds on the social networking sites. He said that he started getting lots of messages and some people even offered him work visas.

He said he was jobless at the moment, but urged social media users and political activists not to take and spread anything on social media that goes in their favour.