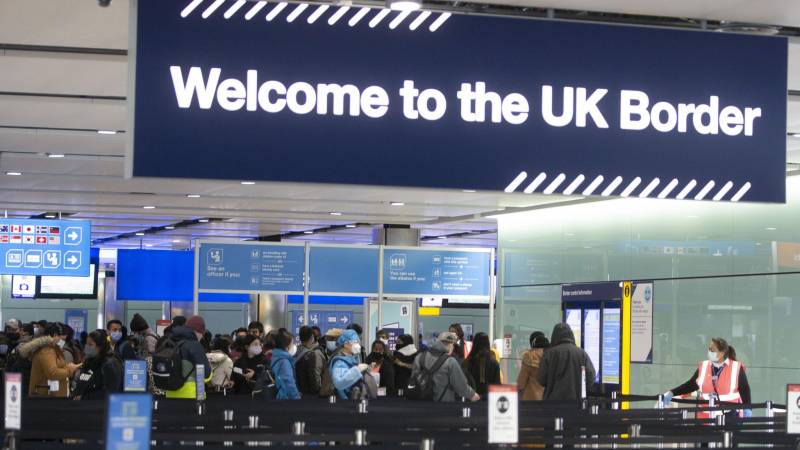 The new measures, including key entry-rule changes made in response to the mutated variant, are a sign of how many states are imposing the rules again that many had thought were left behind.

As of now, all citizens and foreigners entering the UK are required to take a PCR test on day two after their arrival. The new rules add the requirement for isolation pending a negative result, significantly toughening the regime.

The news cases were linked to travel from South Africa, while the authorities also expanded travel restrictions on the region with the addition of four countries to ‘red list’.The

British government has placed another four African countries on its travel ban including Malawi, Mozambique, Zambia, and Angola.

Face masks would again be required in shops and on public transport, while Johnson hinted no new lockdown now, vowing a review of the stern measures in three weeks and expressing hope that Britons could look forward to a more festive Christmas than last year.

UK's top medical adviser said there were reasonable chances that available vaccines could be less effective against the new variant but he stressed people who are vaccinated or receive the booster jab will be less likely to develop serious illness.

The UK's chief medical adviser, Prof Chris Whitty, said there was a "reasonable chance" that vaccines could be less effective against the new variant but stressed people who are vaccinated or receive the booster jab will be less likely to become seriously ill.

Meanwhile, other than Britain, Germany, and Italy have also confirmed their first two cases of the new Omicron strain of Covid.

The mutated variant of novel disease has prompted several countries to impose restrictions as travel bans on several southern African countries, against the advice of the World Health Organization, while others have imposed fresh lockdowns to contain the spread.

The new variant was first detected in South Africa last week while its cases have also been reported in travelers in Belgium, Israel, and Hong Kong.

The mutations in Omicron, also known as B.1.1.529, could help the virus evade the body’s immune response and make it more transmissible, per reports while medical experts are baffled as it could take weeks to know if current vaccines are less effective against it.

South African scientists have detected a new variant of COVID-19 and are conducting experiments to understand its ...