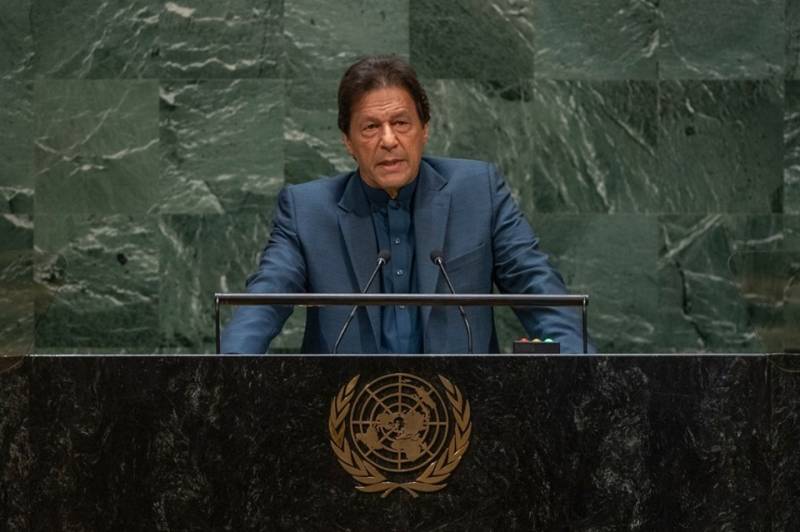 NEW YORK - Prime Minister Imran Khan said on Saturday that the message regarding the ongoing crisis in Kashmir was successfully conveyed to the global community.

Talking to a private TV channel minutes before leaving from New York, the premier said the United Nations, the US, Russia and global players were apprised of the brutality unleashed in Kashmir against 8 million people.

"It's an ongoing process and public should not be frustrated as there can be ups and downs in the struggle," he said.

When asked about the anticipated heroic welcome at the Islamabad airport, the premier said he was grateful to Almighty Allah.

Prime Minister Imran Khan flew off from New York Saturday morning, however, due to a technical fault his plane was routed back.

On Friday, the premier called out Indian Premier Narendra Modi for suppressing the people of Kashmir as he made his first-ever speech before the United Nations General Assembly.

NEW YORK - Malaysian Prime Minister Mahathir Mohamad minced no words in calling out India over the atrocities being ...

‘The purpose of my trip is to reveal what is happening in Kashmir,’ said the premier in his address before the 193-member body, adding that India illegally revoked article 370 that granted Kashmir a special autonomy, noting that the total number of India forces in the occupied valley stood at 900,000.

“We immediately returned the pilot [of the Indian jet shot down by Pakistan], saying we don’t want any escalation. Rather than taking that as a peace gesture, almost the entire campaign of Mr. Modi in the election was how we had taught Pakistan a lesson,” said the premier.

He brought up the issue of Indian Spy Kulbhushan Jadhav in his speech as a proof of India’s involvement in subversive activities in Pakistan.