Pakistani FM Bilawal urges US, China to set aside rivalry to fight climate change together 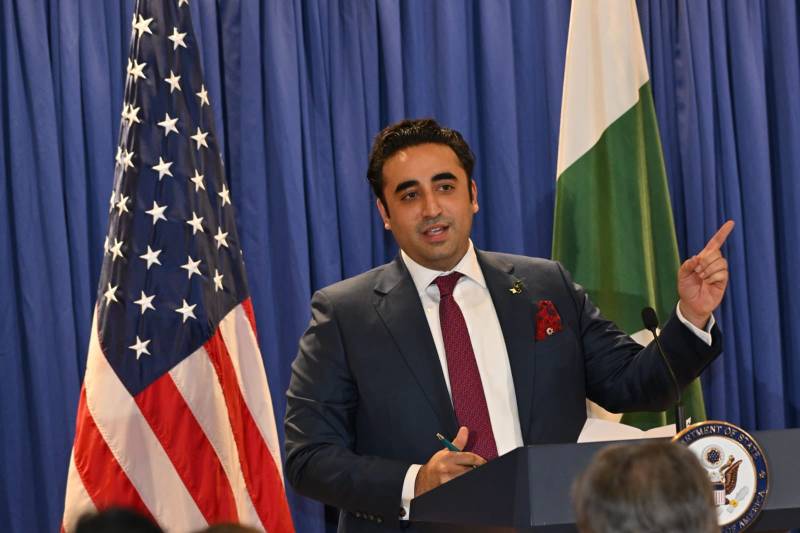 FM Bilawal expressed frustration over the absence of international financial infrastructure to provide relief to flood-hit Pakistan amid the worst calamity.

Addressing a think tank in the US capital, the foreign minister said the country is drowning in a 100km lake and you find out there are no financial resources.

He warned that climate change was posing an existential threat to the world, mentioning that powerful countries are big polluters and they continued to engage in conflicts.

Bilawal said it would be incredibly inspiring if we had seen the US and Chinese Presidents stand together and announce how we as the human race would defeat this existential threat.

He added US President Biden, who signed a domestic climate package lately, needed to look at climate justice.

Islamabad apparently was caught in a diplomatic argument between Washington and Beijing as China reacted sharply to a suggestion of debt relief over devastating floods which wreak havoc across Pakistan.

Chinese Foreign Ministry Spokesperson slammed US for passing unwarranted criticism against Pakistan-China cooperation and urged it to do something real and beneficial for Pakistani people.