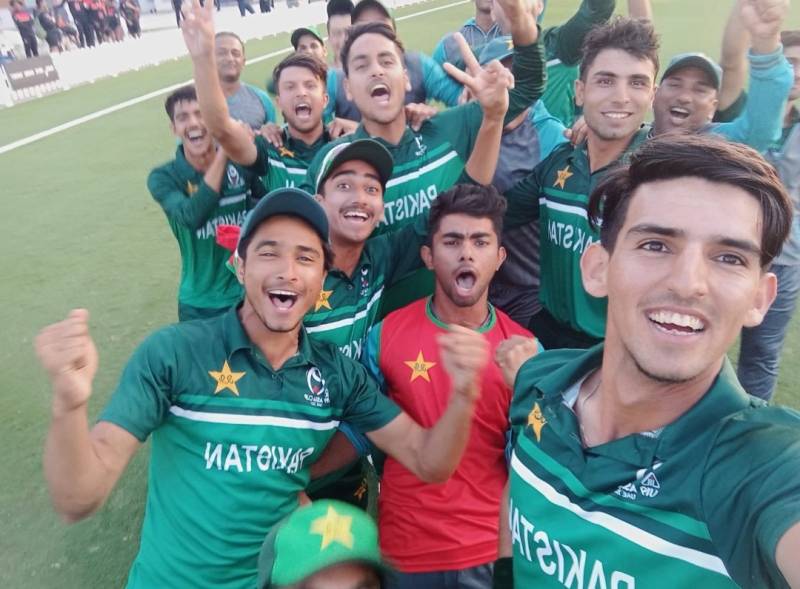 DUBAI – Pakistan eye to continue their winning streak as they will face Sri Lanka in the semi-final of the ongoing U19 Asia Cup in Dubai tomorrow (Thursday).

In the other semi-final, Bangladesh will take on India, in Sharjah, on the same day.

The decision was taken after the match between Bangladesh and Sri Lanka was called off due to Covid-19 cases.

“It is confirmed that two officials have tested positive for Covid-19. The officials are currently safe and being treated in accordance with tournament protocols. All personnel associated with this match are undergoing testing protocols and isolating until results returned,” the Asian Cricket Council said in a statement.

The organisers declared Bangladesh as Group B winners and Sri Lanka as runners-up.

On Monday, Pakistan qualified for the semi-final after beating UAE by 21 runs in the 10th Match of the tournament.

Pakistan's team is still unbeaten as it has won all the three matches played so far.

Batting first, Pakistan set 219 runs for the loss of 8 wickets. Qasim Akram remained the top scorer with a half-century while opening pair, Abdul Whaid and Maaz Ahmed made 28 and 15, respectively.

In reply, UAE could score 198 runs for the loss of 9 wickets in the fifty-overs match.

DUBIA – Pakistan on Monday qualified for the semi-final after beating UAE by 21 runs in the 10th Match of the ...