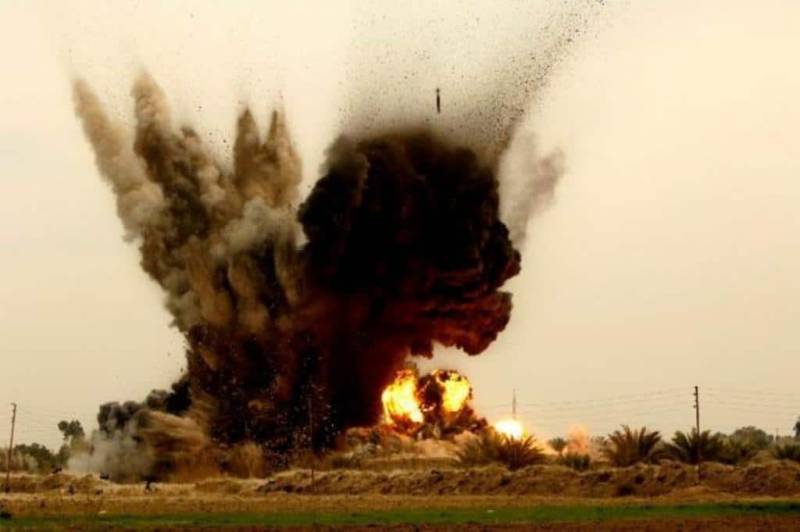 KABUL – At least 19 Taliban militants have been killed and 11 others wounded during an airstrike in the Spin Boldak district of southern Kandahar province, Afghan authorities said on Tuesday.

The provincial governor’s spokesman said that foreign forces conducted the airstrike on a militant hideout in the Sro Sahano locality of the district.

However, the Taliban have not yet commented on the incident.

The air raid comes a day after officials from the United States and the Taliban agreed in principle to a framework that could eventually bring Afghanistan's long-running war to an end.

In comments given to the New York Times, US Special Representative for Afghanistan Zalmay Khalilzad said the framework for peace would see the insurgent group vow to prevent the country from being used as a hub for terrorism in return for a US military withdrawal.

"We have a draft of the framework that has to be fleshed out before it becomes an agreement," Khalilzad told the Times on Monday. "The Taliban have committed, to our satisfaction, to do what is necessary that would prevent Afghanistan from ever becoming a platform for international terrorist groups or individuals."

The peace negotiations in Doha, Qatar had previously been described on Saturday by Khalilzad as "more productive than they have been in the past," signaling the first significant shift in the geopolitical stalemate in years. But he added that "nothing is agreed until everything is agreed."

On Saturday, Taliban spokesman Zabihullah Mujahid said the Doha talks "saw progress" on vital issues but added that "until the issue of withdrawal of foreign forces from Afghanistan is agreed upon, progress in other issues is impossible."

Qatari Deputy Prime Minister and Foreign Minister Mohammed Bin Abdulrahman Al-Thani called the six-day meeting a "significant step in the history of peace and reconciliation" on Twitter and urged regional and international players to "unify and coordinate efforts and support #Doha in its endeavor to facilitate successful negotiations."

According to a US defense official in December, the American military has received orders to commence preparations to pull about half of the US troops from Afghanistan.

The Pentagon is currently discussing a withdrawal along those lines, but the plan hinges on talks between the Afghan President and the Taliban, according to Trump administration officials.

The US has about 14,000 troops in the country, most of which are present as part of a larger NATO-led mission to train, advise and assist Afghan forces.

The US invaded Afghanistan after the Sept. 11, 2001 attacks to topple the Taliban, who were harboring Osama bin Laden and al-Qaida. The Taliban have staged a comeback in recent years and today hold sway over nearly half the country.