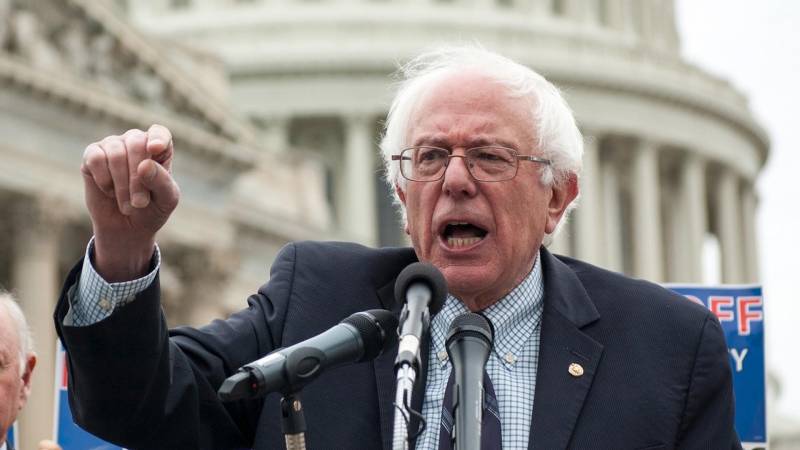 WASHINGTON DC - Bernie Sanders, runner-up in the now-concluded Democratic presidential candidacy, announced his decision to return to the United States Senate as an Independent on Tuesday.

The announcement came only one day after Sanders called for party unity and endorsed primary opponent Hillary Clinton at the Democratic National Convention.

The Vermont Senator made the announcement during a breakfast interview with Bloomberg Politics in Philadelphia, in which he said, “I was elected as an independent; I’ll stay two years more as an independent,” according to the Wall Street Journal.

The self-described left-leaning socialist, who earlier made news after his long-awaited endorsement for Hillary Clinton at this week's DNC, had announced he would run for President as a Democrat last November while filing his nomination papers.

Sanders, who became a national icon after the popularity of his powerful primary campaign against Clinton, has had a strained relationship with the Democratic Party since he joined last year.

During a bitter primary season, in which he was pitted against Hillary Clinton, Sanders repeatedly accused the party administration of rigging the polling process and being biased towards his more recognised and establishment-friendly opponent.

His stance seemed to be vindicated the week before last when a massive emails dump from DNC servers, orchestrated by whistle-blowing website WikiLeaks, showed that party high-ups had attempted to undermine the insurgent Sanders campaign in favour of Clinton, while colluding with liberal-leaning news outlets to make Bernie and his campaign look bad. Amidst the fallout from the scandal, Florida Congresswoman Debbie Wasserman Schultz lost her job as DNC chair.

Even before the email dump, many Sanders activists believed that the party establishment rigged the nomination for Hillary Clinton from the start.

Reacting to the news of Sander's Democratic exit, the Daily Mail observed that “More than 13 million people voted for Sanders in the party’s primaries and caucuses, and Clinton will now be hoping she can hang on to those voters. Sanders has a long affiliation with the party despite not being a member, with senior Democrats endorsing him when he ran for Senate in 2005. However, the news that he intends on returning to being an independent suggests that he may not want — or be in line for — a position within a possible Clinton government following the election."

It’s now unclear where the die-hard #NeverHillary, Bernie-or-bust voters will gravitate to on Election Day in November, although Jill Stein of the Green Party may be the ultimate beneficiary. Already, many of his supporters in the anti-establishment movement seem to be dismayed by his endorsement of Clinton, who they see as an establishment candidate.