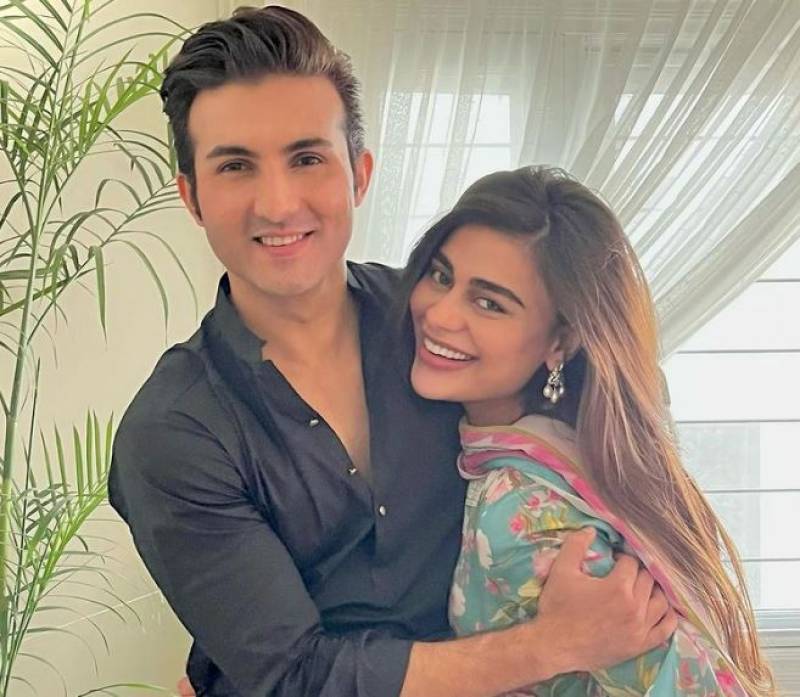 Pakistani actor and model Shehroz Sabzwari is overjoyed yet nervous as his wife is expecting their first child.

Speaking briefly in a new viral clip, the 36-year-old gave a very interesting insight on how he is going to spend time with the tot.

In the clip, Shehroz mentioned that Sadaf is resting at home these days while excitement was vividly seen on his face as he cannot wait to welcome the first child with Sadaf. "I love kids, and I cannot wait to get some off days to spend with the newborn,” he said.

"I have no issue spending extended periods of time with the kid," he said, when asked about having the role of babysitter.

He didn’t mention the time of delivery, however, the Bhool star added that he will announce the good news soon. The caring husband also asked for prayers for his wife.

Shehroze wished spending at least two weeks with the newborn however he mentioned that his producers have already told him not to take more than 4-5 days off due to shoots.

Shehroze's father, Behroze Sabzwari who is also an actor, earlier put all the speculation regarding Sadaf Kanwal's possible pregnancy to rest by confirming that his daughter-in-law was expecting her first child.

Sadaf and Shahroz tied the knot in 2020 after rumours of their relationship had been rife on social media.

KARACHI - Gorgeous TV actor Syra Yousuf is one of the most followed celebrities in Pakistan. Syra, who was previously ...