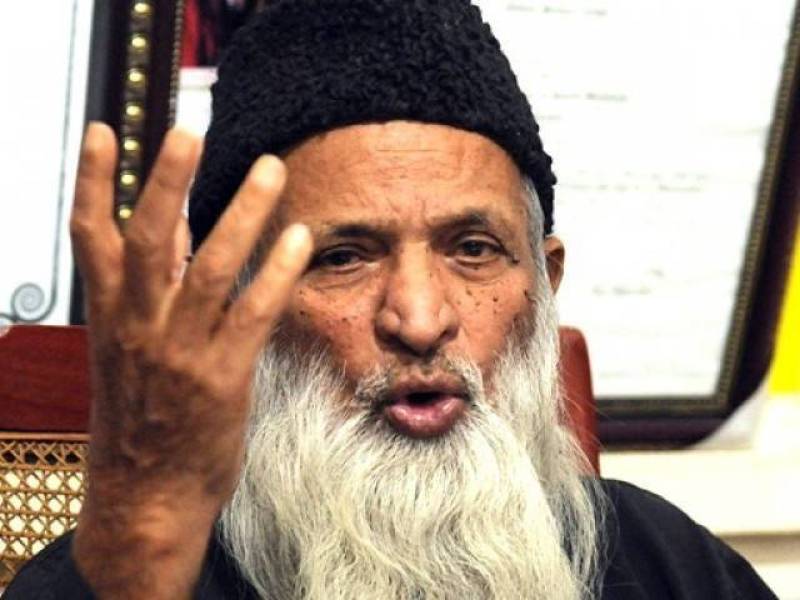 KARACHI: Renowned philanthropist Abdul Sattar Edhi is now in stable condition according to wife Bilquis Edhi, after undergoing a successful surgery at the Sindh Institute of Urology and Transplantation (SIUT) on Tuesday.

However, while the universally loved philanthropist's health has improved, his emotional state still leaves much to be desired, according to his wife.

Talking to newsmen after brief a meeting with her husband after the procedure, Mrs Edhi confirmed that her husband was in stable condition, despite being in the ICU. "When I asked him to open and close his eyes, he responded," she explained.

Bilquis Edhi provided an encouraging account of her husband's health during the operation. "While he was being taken for the operation, Edhi had no fever and his blood pressure was also normal."

Abdul Sattar Edhi has been on dialysis since 2013 and on Tuesday he underwent a 20-minute-long minor catheter change operation to clear his dialysis line.

According to Bilquis Edhi, her husband has become fully bedridden since the Edhi office was looted by thieves some months back.

Though all the looted goods and money was recovered by police, Mrs Edhi says "since that incident Edhi keeps looking the side-cupboard in his room and cries while saying they broke my trust (Mera maan torr diya innhou nay)."