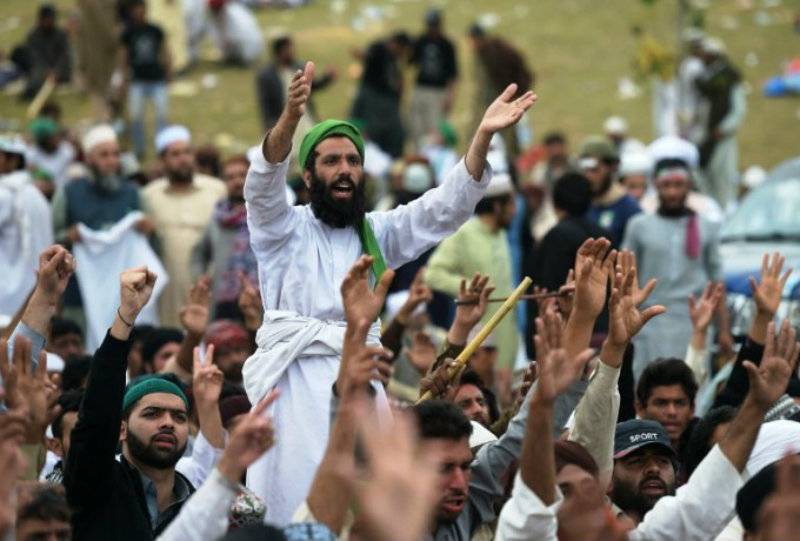 ISLAMABAD (Staff Report) - The security forces have arrested 700 protesters from parts of the capital city who were intended to join a violent protest at D-Chowk, and sent them to various jails in Punjab.

According to Online, the protesters were arrested during a bloody clash with law enforcement officials. Few of the prominent leaders were also arrested.

Yet those, included in a sit-in at Islamabad’s D-Chowk and Parade Ground, have not been rounded up. 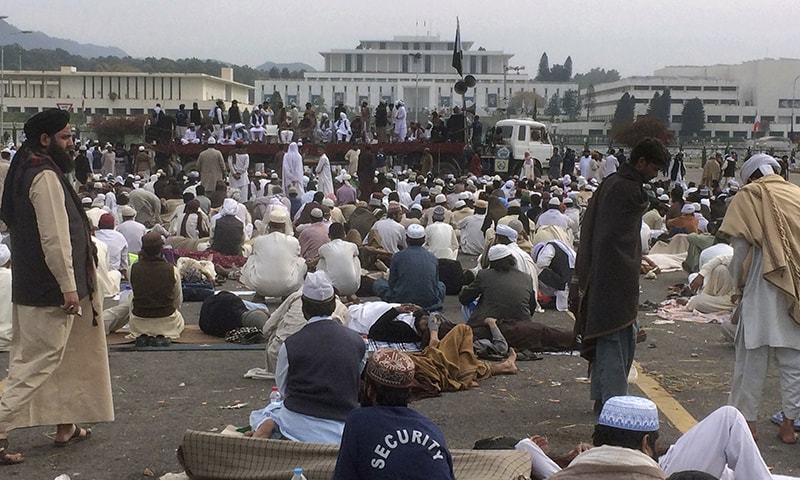 The arrested protesters are kept in different locations, some in police stations, and later they were moved to jails in districts around the capital. 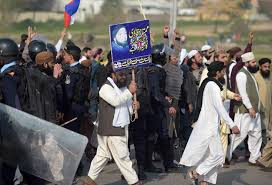 A police official said that because of the large number of arrests, the capital police were first making sure if the particular jail had enough space before sending the protesters.

The protesters under patronage of Sunni Tehreek (ST) and Tehreek-i-Labbaik Ya Rasool (PBUH) leadership had arrived in the capital on Sunday. 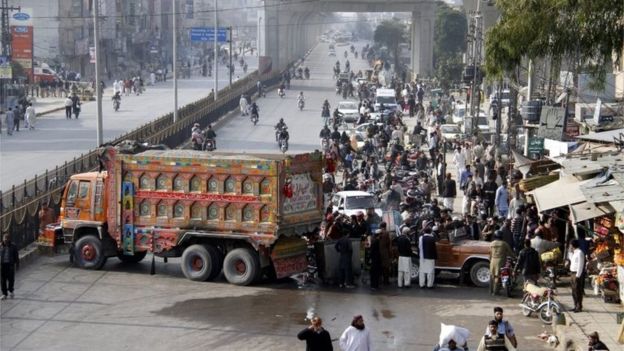 They presented a charter of demand before the government, and announced to stay in the Red Zone unless the government accepts these demands, which include implementation of Shariah in the country and declaring Mumtaz Qadri a martyr. 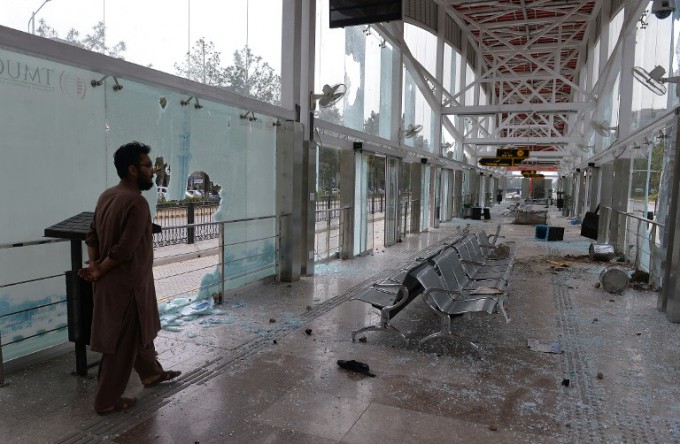 They are also demanding unconditional release of all their workers and leaders jailed over terrorist activities and murder. 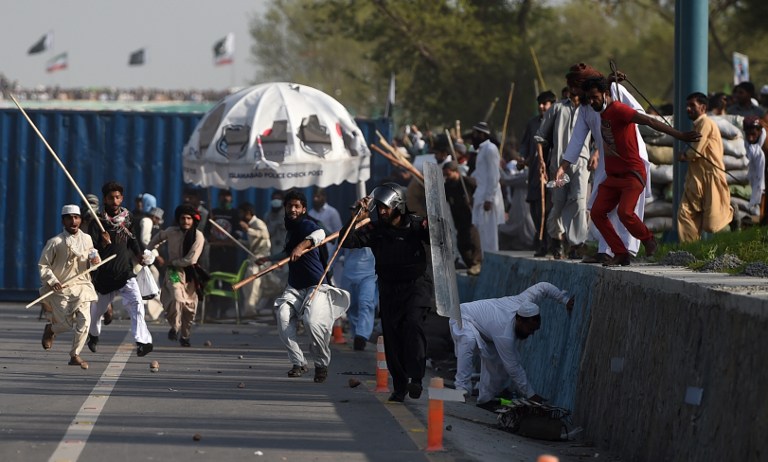 Conversion of Mumtaz Qadri’s cell in Adiala Jail into a national heritage site is also on their ‘charter of demands’. 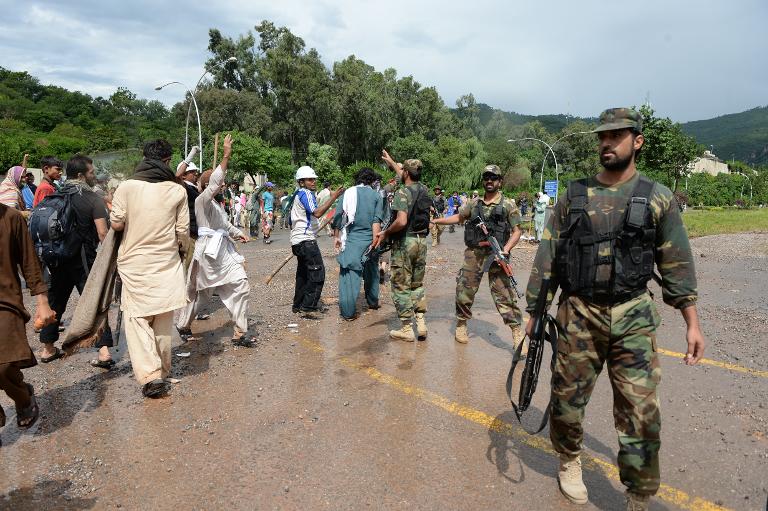