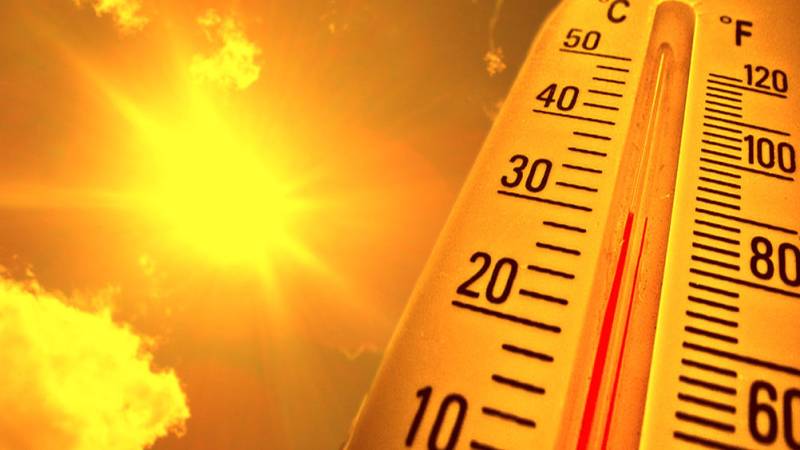 LAHORE - A wide high-pressure area has formed over Pakistan and India, resulting in an intense heat wave that has gripped Pakistan from Gilgit-Baltistan to Karachi. The next six to seven days are likely to be very hot and dry in Pakistan, with the centre of the intense heat concentrated in plains of Sindh and Balochistan provinces.

“Small low-pressure areas are forming on the surface of the Arabian Sea, which are sucking in the air from their surroundings. Under the influence of these low-pressure areas, Karachi would be deprived of sea breeze for the next three days – from Tuesday to Thursday -- when the temperature is likely to touch 45 degrees Celsius at some point,” Director General Pakistan Meteorological Department Dr Ghulam Rasool told the media on Tuesday.

“At the moment, both Pakistan and India are experiencing intense heat and vast areas of central India as well as entire Pakistan from Gilgit-Baltistan to Karachi are in the grip of intense heat due to a vast high-pressure area concentrated on large portion of subcontinent,” he said, adding that the surrounding areas of Pakistan and India including Afghanistan, Iran, Central Asia, China and Tibet were under low-pressure areas.

“There is a possibility of the creation of a new heat record in Pakistan, especially in Sindh and Balochistan, as the center of the intense heat that has gripped the entire region is centered in Sindh and Balochistan,” Dr Ghulam Rasool said, adding that Sindh’s Nawabshah town had already established the world record of the hottest place on the earth in the month of April when the mercury soared to 50.2 degrees Celsius.

“On the other hand, if a cyclone is formed in the sea, it can cause a long heatwave which can extend to six to eight days, but at the moment there is no cyclonic activity in the Arabian Sea, so the coming heatwave would be short-lived and would be over expectedly from Friday next,” he maintained.

For Karachiites, the intensely hot weather would prevail for three days while for the people of the rest of Pakistan, the heatwave would continue for 7-8 days, including areas of Gilgit-Baltistan, Khyber Pakhtunkhwa, Punjab, Sindh and Balochistan provinces, Met officials warned.