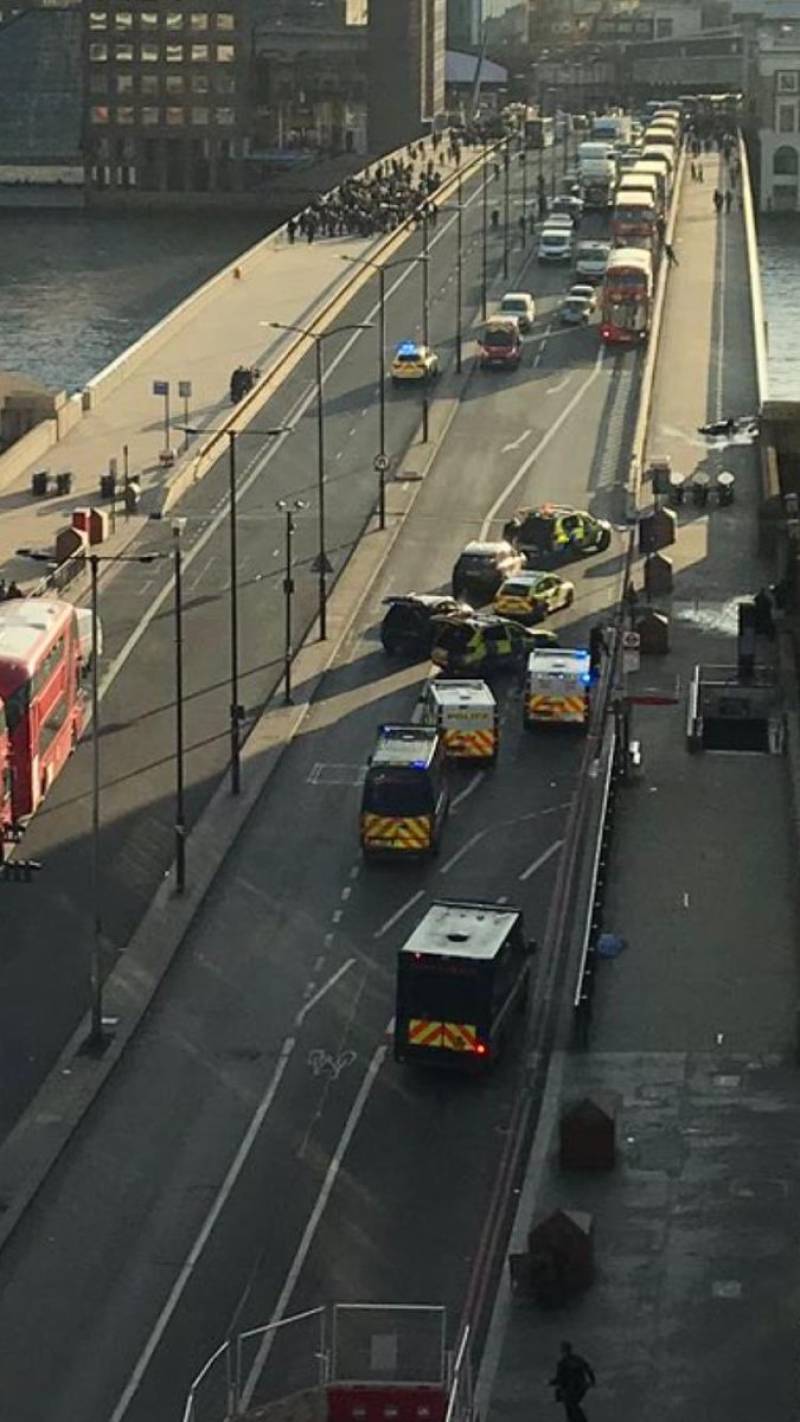 LONDON - Two people were killed and numbers of others injured in a stabbing incident at London Bridge, police said on Friday.

The Metropolitan Police taking a swift action killed an attacker who was believed to have been wearing a hoax explosive jacket.

The force said they responded to a stabbing incident at a premises near the bridge just before 14:00 local time. London Ambulance Service has declared it a "major incident".

Police were called at 1:58pm to a stabbing at premises near to London Bridge.

Emergency services attended, including officers from the Met and @CityPolice.

A man has been detained by police. We believe a number of people have been injured. Further info to follow.

A video circulating on Twitter shows a group of men were fighting on the bridge when police arrived the scene and shots were fired at the suspect.

British Transport Police said London Bridge station was currently closed and no trains would be stopping there.