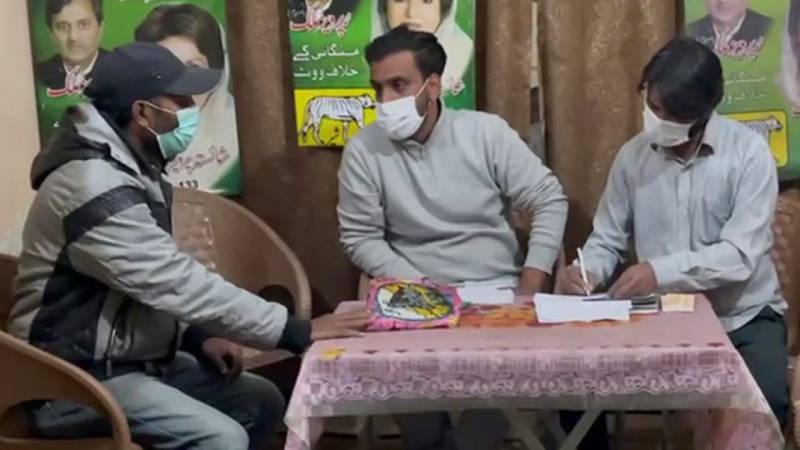 ISLAMABAD – The Election Commission of Pakistan (ECP) has directed the authorities to arrest the persons who can be seen bribing voters in the leaked clips.

The federal body responsible for organizing elections issued directives to conduct forensic analyses of leaked video clips and arrest the concerned persons, who can be seen dolling cash for getting on-oath pledges from voters to cast votes to their party.

Officials directed Punjab IGP and metropolis administration for a forensic of the video to ascertain when and where it was recorded and demanded a report by Tuesday.

A separate letter was written to the PEMRA chairman to conduct forensic analyses of the clips aired on TV channels.

The alleged clips also sparked a heated debate among contesting candidates. PML-N and PPP leaders on Sunday hurled accusations at each other for bribing voters in the constituency.

Son of Parvez Malik and PML-N leader Ali Pervez Malik accused PPP of buying votes in the constituency and also running a campaign saying all the characters are purportedly wearing masks to hide their faces. He also urged PPP top leadership to take notice of the antics by their party workers.

On the other side, PPP's candidate Chaudhry Muhammad Aslam Gill said “buying votes was an old tactic of the PML-N”. He further accused former PM Nawaz Sharif for expensive electioneering in Pakistan.

Meanwhile, Pakistan Tehreek e Insaf, whose candidates were disqualified by the ECP, also jumped into the heated debate amid the controversy.

PM’s aide on Political Communication Dr. Shahbaz Gill slammed PML-N for reverting to what he called ‘old tactics’ and requested the concerned authorities to take action while Senator Ejaz Chaudhry said that the video clips had exposed the ‘true face’ of the PML-N.

LAHORE – The poll candidates in NA-133 of the provincial capital are bribing voters and doling out cash to the ...