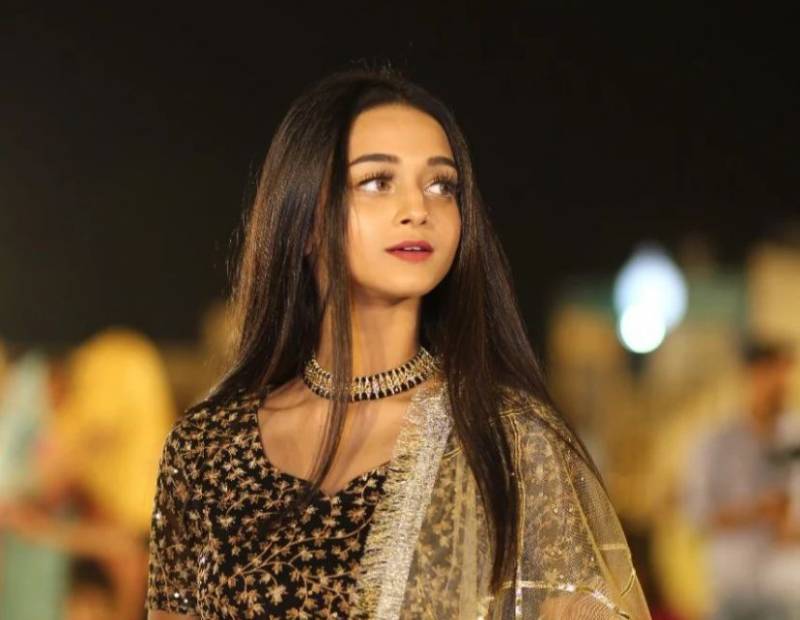 Ayesha, who’s also known by her nickname Mano, shot to fame when a video clip of her dancing at a friend’s wedding went viral on social media just a few days ago.

Ayesha was filmed dancing to Lata Mangeshkar’s evergreen song Mera Dil Ye Pukare Aaja at a wedding ceremony around two weeks ago and her dance video became an instant hit on the internet.

Her dance video has amassed more than 1 million likes and views on the photo-sharing platform Instagram so far. Similar is the case with her pictures, which she has shared over the last few days.

Soon after her dance video went viral, Nida Yasir invited Ayesha to her morning show on ARY TV as a guest to talk about her newfound fame. On Nida’s show, Ayesha danced her heart out to another song and won positive and negative comments from the Pakistani social media users.

In her latest move to keep her fans and followers engaged, Ayesha shared some photos this week in which she can be seen with her face covered under her jacket and her eyes wide open.

These pictures, captioned “Exactly bro”, show Ayesha pointing her long middle finger in a certain direction. As soon as she posted these pictures, her fans and followers started sharing them on social media.